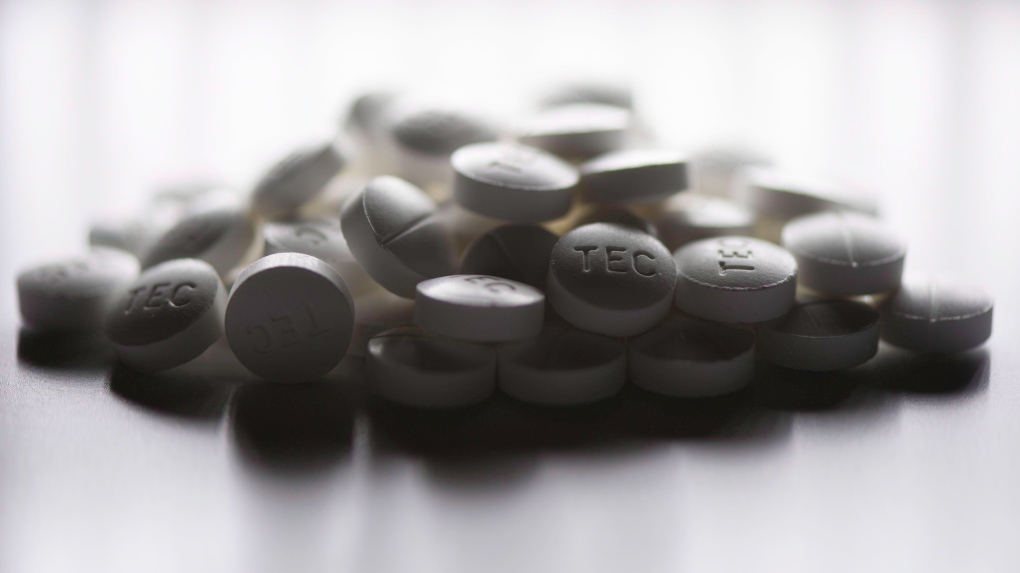 EDMONTON -- Alberta's Opposition is urging the province not to force patients on certain drugs for rheumatoid arthritis, diabetes and Crohn's disease to switch medications.

“I understand the fear and uncertainty is real, that's there's a real risk for some of these folks of returning to be sick and incapacitated,” Shepherd told a news conference Wednesday as some patients stood behind him.

The health minister has botched this process. I think he knows it.”

Health Minister Tyler Shandro announced a month ago that 26,000 patients already getting provincially funded biologic drugs would gradually be switched to biosimilar ones.

Biologics are complex drugs derived from living cells. Biosimilars mimic the original drugs but are based on expired patents and can be delivered at less cost.

The government notes Health Canada has signed off on switching to biosimilars as safe and effective, and that similar policies are in place in the United Kingdom, Poland, Norway and Austria.

Shandro has said Alberta is also following the lead of British Columbia and Manitoba and expects the move to save up to $380 million over the next four years. Added savings are expected as more biosimilar drugs come on the market.

Crohn's and Colitis Canada has said the switch could lead to adverse reactions in some patients. Some of the people with Shepherd on Wednesday expressed the same worry.

Wilma Ritter, diagnosed at age four with juvenile rheumatoid arthritis, said the biologic drug Remicade has allowed her to avoid a life of dependency.

“Now I can walk. I work. I live independently without any supports. Now I pay income tax instead of getting the government to give me money to live,” she said.

“Being forced to stop using Remicade is putting my stability as a person with an autoimmune disorder at risk.

“Switching to a biosimilar will not work for everyone. And there is also no way to predict who it will work for and who it will not.”

Shepherd said the government is wrong to make the change mandatory for existing patients.

“It's important to introduce biosimilars (to new patients),” he said. “I recognize that there are indeed costs that we need to reckon with and I think it's reasonable for government to move forward.

“My disagreement is with the manner in which it is moving forward â€¦ chaotic, rushed, not thought through, not considering long-term potential consequences.”

Shandro, in a statement, said that keeping existing patients on biologics is unnecessary and ultimately self-defeating.

“'Grandfathering patients currently on biologics would cancel almost all the savings we're projecting .... Those savings are all to be reinvested in the health system.”

The plan is to have the 26,000 patients switched over by July 1. The change will not affect patients on private drug plans or those paying out of pocket. It is not to apply to pregnant women or children.

Patients will be able to apply for medical exemptions, which could be granted following a review by doctors, to prevent a switch.

The province says its spending on biologics has been soaring over the last five years. It says the cost has been growing an average of 16 per cent a year and reached $238 million in 2018-19.

It says that biologics represent almost one-fifth of the government's total spending on drugs provided to fewer than two per cent of patients.

This report by The Canadian Press was first published Jan. 15, 2020