'Our bride doesn't have a wedding dress': Local brides left hanging after closure of bridal shop

If planning a wedding during a pandemic wasn’t stressful enough, imagine not having a dress for your big day.

The maid of honour said she thought they were "good to go."

The bridal party says it ordered and paid for their dresses from the Bridal House in April. Two weeks ago they were told there was a delay with shipping.

“The warehouse said they were waiting for payment. It’s clear our money never made it to the distribution centre,” said Erickson.

She said they’re out $2,200 for four bridesmaid dresses and a wedding dress.

“Really the focal point is the dress,” Erickson said. “When that dress isn’t there everything starts to look bleak.”

The Bridal House has served area brides for 25 years; now anyone calling the business gets this recorded message: “We are now permanently closed.” 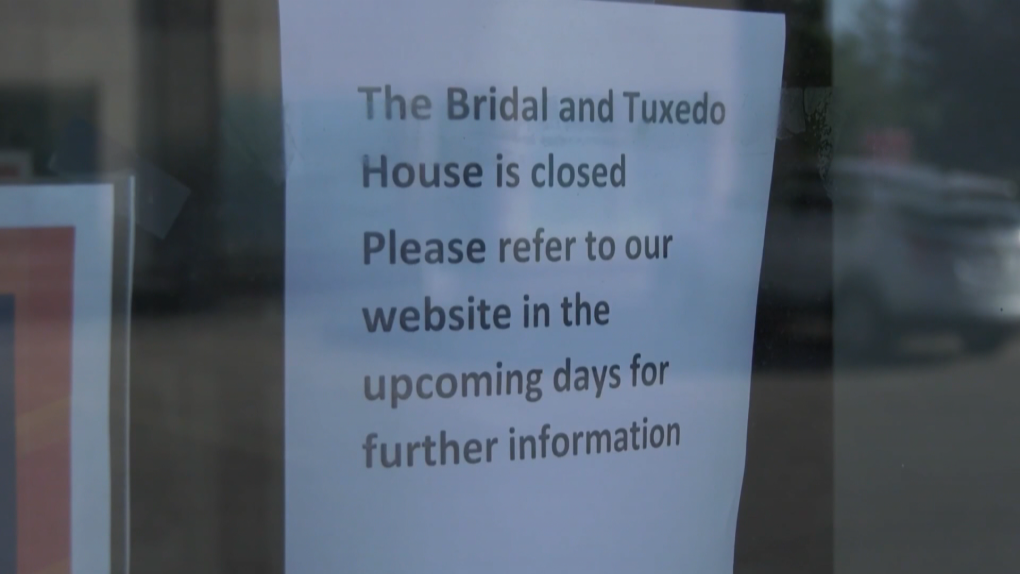 CTV News Edmonton reached out to the Bridal House for comment, however we have not yet received a response.

Erickson said as their bridal party began the hunt for new dresses they discovered they weren’t the only ones affected by the closure.

“It sucks being out the money,” she said. “We’re really not holding our breath on getting any of it back.”

With two months to go before the big day, Erickson said they’ve found another boutique willing to help.

Bridal Debut in Sherwood Park has received dozens of calls from brides left without dresses.

World expected to consume twice as much seafood by 2050, new findings suggest

The world will consume twice as much seafood by 2050, according to new research. But despite the increased demand, a stronger turn to sustainable fishing could help address malnutrition and lower our overall environmental footprint.

Kingston police, with assistance from the OPP riot squad and Durham Regional Police, moved in twice on Saturday to clear students from the streets and homes after declaring an 'aggravated nuisance party'.