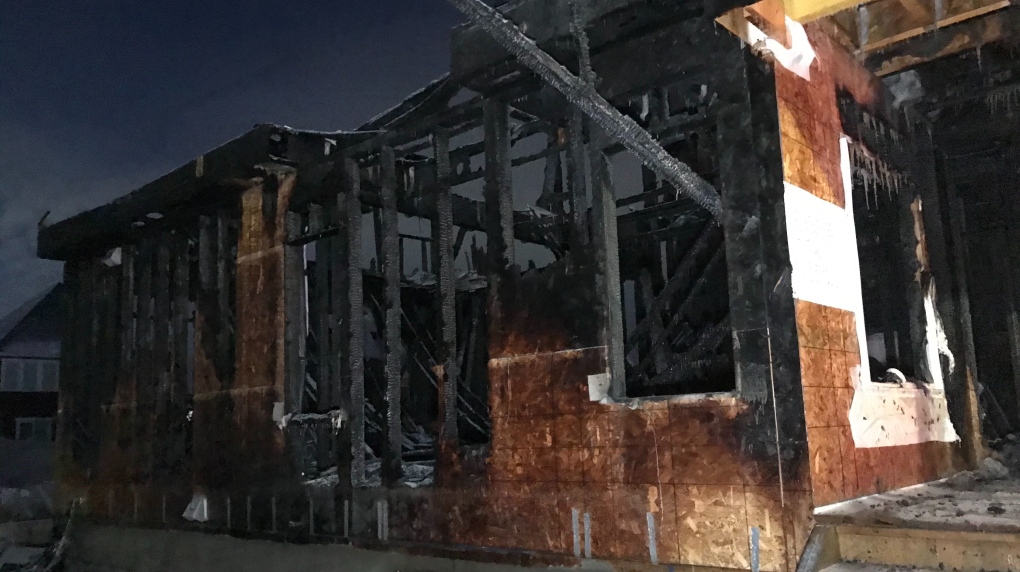 This home under construction was gutted by a fire on March 23, 2020.

EDMONTON -- A home under construction in Griesbach was destroyed by fire Monday night.

The fire at 203 Griesbach Road in northeast Edmonton was reported shortly after 11 p.m. Crews arrived at the scene within minutes.

The fire was brought under control within an hour and considered fully out at 6:29 a.m. the next morning.

Officials said no one was in the home, and no injuries were reported.

The cause of the fire is not yet known.

Investigators said the blaze caused about $250,000 in damage.

Edmonton Fire Rescue Services said it had "notified" police of the event.