EDMONTON -- There's a new effort to change the name of an Edmonton school amid renewed debate over the racist legacies of some city namesakes.

Dan Knott Junior High is named after the former Edmonton mayor, who served in office from 1931-1934.

But Knott is also known for his affiliation with the Ku Klux Klan, with the white supremacist hate group supporting Knott's bid for mayor.

"He was quite close with JJ Maloney, who was the grand wizard and the leader of the KKK here in Edmonton," said Edmonton's historian laureate Amber Paquette. "Dan Knott, when he was elected, they did celebrate with cross burnings on Connors Hill."

Knott's past has come to light before, but the name of the school is once again under scrutiny amid the Black Lives Matter movement. 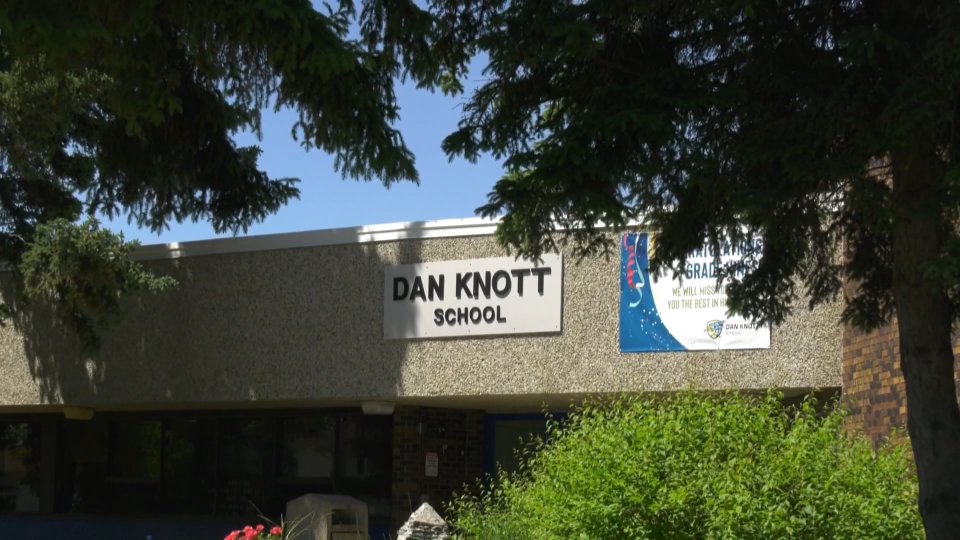 Local group Fight For Equity, which stands for the principles of Black Lives Matter, is the latest organization advocating for a name change.

"It's about acknowledging the past, acknowledging that history," said member Alex Eskandarkhah. "It's the first step to fixing the problem. If you sweep things under the rug, how can you fix the problems that are there right now?'

Aimee Dorsey has also joined the cause, launching a Change.org petition she hopes will attract as many as 10,000 signatures that she'll then present to Edmonton Public School Board.

The young teen, who is Indigenous, said she was inspired to launch the petition after attending a recent Black Lives Matter rally in Edmonton.

“If I went to this school I would not feel comfortable going to a school that was named after someone who supported white supremacy," said Dorsey.

As of Tuesday afternoon, more than 350 people had signed the petition.

The Oliver Community League is asking the city to change the name of the downtown neighbourhood, citing harmful policies led by its namesake Frank Oliver.

With a report from CTV News Edmonton's David Ewasuk