An independent third-party review will probe the circumstances leading to the arrival of the man accused of murdering two men in Chinatown in May despite him having court-ordered conditions not to be in Edmonton.

After "careful consideration," the Edmonton Police Commission (EPC) announced the investigation Monday evening to help assess if there are any lessons to be learned after Justin Bone, 36, was dropped off in Edmonton three days before the killings.

In a statement, the commission said the probe would examine how and when the Edmonton Police Service interacted with Bone, examine any applicable police policies, and review reports from the RCMP, probation, and other court processes.

"We will exercise good governance, inform ourselves with information as it becomes available, and after the ongoing legal proceedings conclude, we will assess if there are outstanding issues for the Commission that require further exploration," the EPC said.

"The Commission will share updates with the public as they become available."

The probe will not interfere with any investigation or future court proceedings connected to the Chinatown homicides, the commission said. A final report is expected to be released after legal proceedings are concluded.

The EPC is a non-political body of appointment members accountable to city council to ensure Edmonton remains "a safe and vibrant city."

Mayor Amarjeet Sohi welcomed the external review saying the EPC plays a "critical role" in ensuring policing is "transparent and accountable" to Edmontonians.

"City Council moved quickly to support Chinatown, but it is clear that governance alone cannot prevent something like this from happening again," Sohi said in a social media statement.

"This event was preventable, and the public must now the details of what led to this tragedy."

🧵It has been nearly 8 weeks since Hung Trang and Ban Phuc Hoang lost their lives in the heart of our Chinatown. Since then, I have heard from many members of the community and surrounding neighbourhoods who have unanswered questions about what led to this horrible event. #YEG

Bone had been released from the Edmonton Remand Centre on April 29 to an Alberta Beach home with a court-ordered condition not to travel to Edmonton unless accompanied by the homeowner he was staying with.

RCMP officers were called to that home after receiving a complaint about threats, with the homeowner telling police he was concerned for his safety.

After being unable to reach Bone's probation officer, Mounties determined the "best course of action" would be to bring him to Edmonton, where support was available.

EPS Chief Dale McFee revealed at a commission meeting last month that officers had no contact with Bone after he was brought to Edmonton, walking back a previous statement the service issued saying members "interacted" with Bone.

According to the police chief, an RCMP officer called EPS to alert it that Bone would be brought to the city from Parkland County on May 15 as there was nowhere else to take him. An alert was also issued on a shared policing system.

McFee also noted that a roommate of Bone's contacted EPS to warn them he could pose a danger to the public.

RCMP say they dropped the man off near a social service agency, in the area of 156 Street and Stony Plain Road. 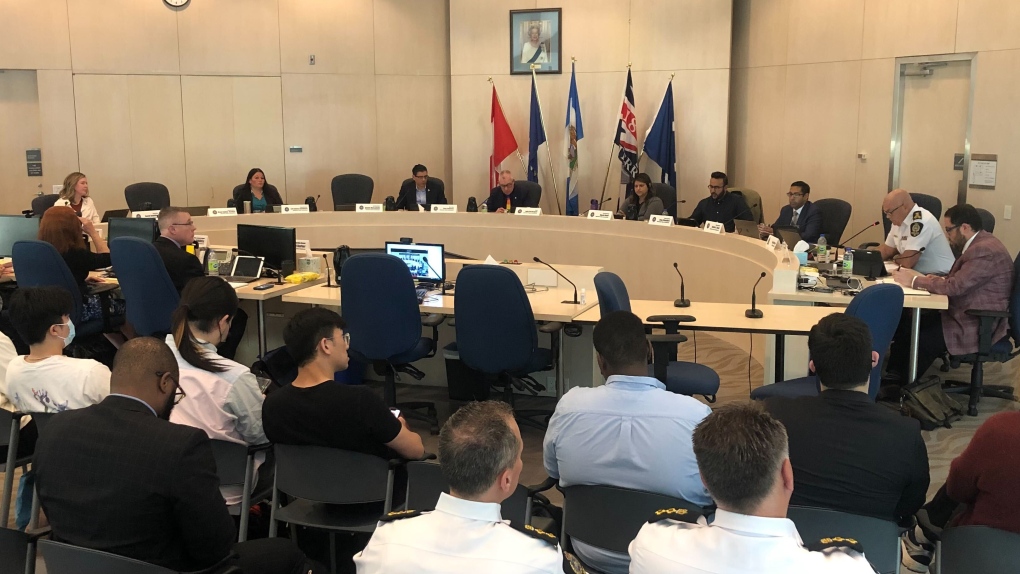 "When the RCMP granted permission for Mr. Bone to be in Edmonton, the EPS lost any ability to breach Mr. Bone for being in Edmonton," McFee said at the June 16 police commission meeting.

"However, if EPS officers found the subject breaching other conditions like a curfew police could detain him. This did not occur."

RCMP are also reviewing the processes that led to the accused man's arrival in Edmonton.

Minister of Justice and Solicitor General Tyler Shandro has instructed the deputy minister of justice to monitor the EPS and Alberta RCMP reviews into the incident and recommend potential next steps after the probes are completed.