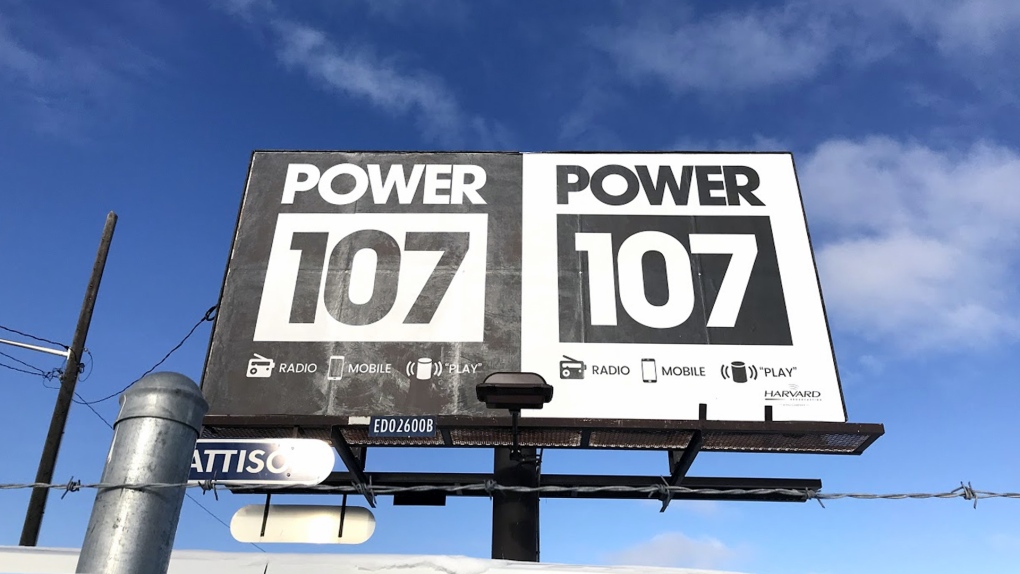 EDMONTON -- Radio listeners who lived in Edmonton in the 1990s and early 2000s likely remember top 40s radio station POWER 92. While the station has since been rebranded, it’s now at the centre of a copyright lawsuit.

"Corus alleges that CJNW has rebranded itself as POWER 107 and stolen the well known 'phrase that pays,'" reads a statement of claim filed by Corus last month in a Calgary court.

From 1991 to 2004, CKNG FM Edmonton was known as POWER 92. It was bought by Corus Communications in 1999. Its distinctive black and white branding and phrase that pays, "POWER 92 plays today’s best music, now show me my money" were central to the station’s marketing.

Flash forward to August of 2019. Harvard Broadcasting Inc.'s CJNW FM flipped formats, changing its name from Hot 107 to POWER 107, and the branding was strangely familiar, from the bold black and white logo splashed across buses and billboards all over Edmonton, to the phrase that pays, "POWER 107 plays Edmonton’s best music, now show me my money." The rebranded station even plays 90s/2000s music.

"Harvard Broadcasting Inc. ("Harvard"), owner of CJNWFM 107 has brazenly copied the brand, marks, slogans, advertising materials and other identifiable attributes of Corus Radio Inc.'s successful POWER 92 radio station in Edmonton. It has done so in an attempt to increase listenership and advertising revenues for its struggling CJNW-FM 107 radio station in Edmonton," reads the Corus statement of claim filed on Sept. 12. 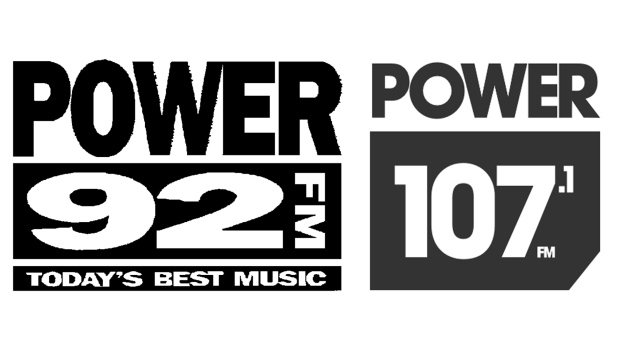 The POWER 92 and POWER 107 logos registered with the Government of Canada. (Source: Canadian Trademarks Database)

POWER 107 was also the Calgary-based sister station of Edmonton's POWER 92. Corus was the owner of the POWER 107 trademark, but the ownership was inactivated in May of 2015 after it wasn't renewed, according to the Canadian Trademarks Database.

Similarly, the POWER 92 was first filed in 1998 by Corus but was expunged from the trademarks database in April of 2015 after a failure to renew.

Both the POWER 107 and POWER 92 word trademarks were the subject of separate complaints from Bata Industries and Rogers Broadcasting, both in 1999.

The POWER 92 logo, including a 'Today's Best Music' catchphrase at the bottom, has been registered since 1999. Unlike the word-based trademarks, the logo registry remains active and isn't scheduled to expire until 2033. It was last renewed in June of last year.

The Corus injunction seeks to ban Harvard from using the POWER 107 name or any name that includes POWER.

Corus is also demanding Harvard cancel or cease the use of the domain name www.power107.ca

"By way of a Statement of Defence filed last month, Harvard Broadcasting "denies each of the allegations contained in Corus' Claim and denies that Corus is entitled to any of the relief sought". Harvard Broadcasting's Statement of Defence alleges that it "has not infringed on any validly registered trademarks" held by Corus and that, in 2006, in the face of opposition, Corus withdrew an unsuccessful attempt to register a trademark over the word "Power" in the Canadian Trademarks Registry. Harvard's Statement of Defence further alleges that, by its abandonment of the "Power 92" word trademark in 2003 (expunged in 2015), and the abandonment of the "Power 92" design trademark in 2003, Corus maintains no rights to or interest in these trademarks," said Christian Hall, National Program Manager for Harvard Broadcasting in an email to CTV News Edmonton.

A spokesperson for Corus said Corus is unable to comment because the matter is before the courts.

The case will be heard in Calgary Court of Queen’s Bench on Nov. 8.