EDMONTON -- A day after Edmonton mandated masks to be worn in public places, video has emerged of a man who didn’t want to wear one going on an offensive tirade directed at a liquor store employee.

A sign in front of Olympia Liquor on 137 Street appears to be what set off the series of events.

"He just came into the store and started yelling about the mask thing," said Navdeep Singh.

Security camera footage backs up the account from Singh, the store's supervisor. The man, who's identity CTV News has not been able to confirm, walks into the store without a mask, and appears to immediately begin shouting at Singh. 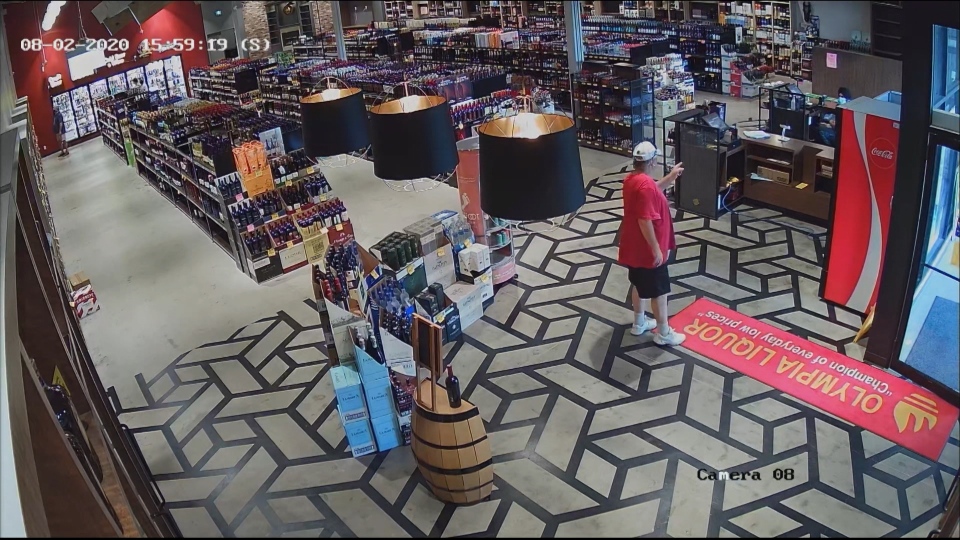 "I was just asking him to leave the store, I said, 'Sir, exit that door please,'" said Singh.

The man did not leave right away, and no one else was working with Singh at the time, but there were customers shopping.

One of those customers was CTV Edmonton employee Luc Tremblay, who took a video of the incident.

Tremblay, along with his friend Paul Choi tried to help Singh de-escalate the situation.

The man in the video can be heard saying, "Why don't you come to this country and be like everybody else?"

"There was nothing that started it," said Choi. "It just sort of came out of his mouth immediately."

The video shows the man eventually leaving the liquor store after yelling at Choi, Tremblay and Singh for over a minute.

"He was cool, he did not react to what he was saying," said Boparai.

Looking back, Singh actually thinks more good than harm can come out of this.

"So many people apologized to me for that specific incident and that was wonderful," said Singh.