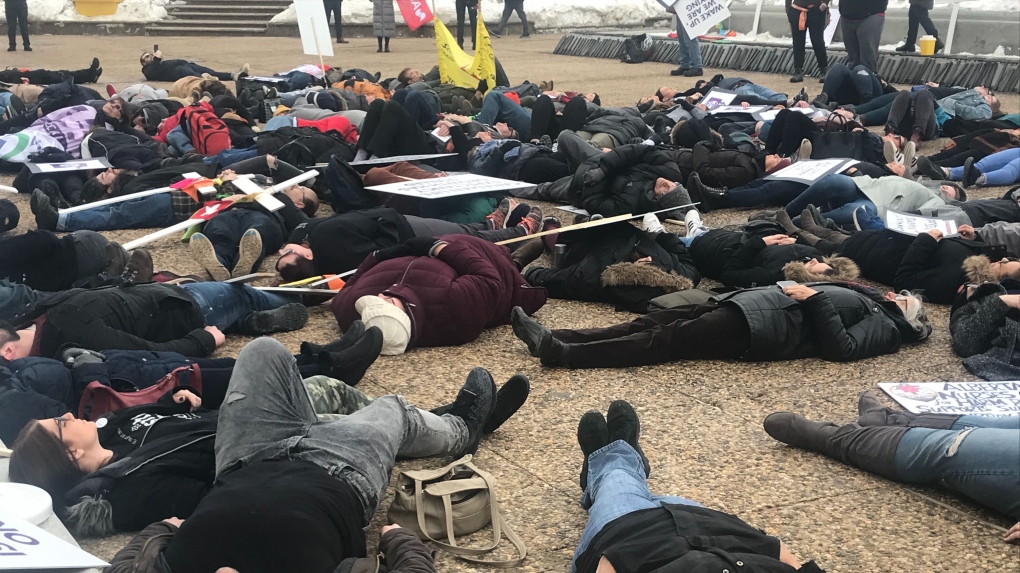 EDMONTON -- With funding for supervised consumption services in the province set to run out next month, Albertans for Ethical Drug Policy rallied at the Alberta legislature Wednesday.

In a joint statement directed towards Premier Jason Kenney, the AEDP says any service disruption to existing SCS sites will "undoubtedly lead to more preventable deaths."

"That's a scary thing to not know whether these sites are going to be continued to be funded," said Change The Face of Addiction Co-Founder Rosalind Davis. "We're hoping our government makes the right choice and continues to support these services as part of the continuum of care that they promised to offer people who are struggling with their substance use."

Organizers are hoping Wednesday's rally will send a strong message that will be reflected in tomorrow's provincial budget announcement.

The group has four requests: 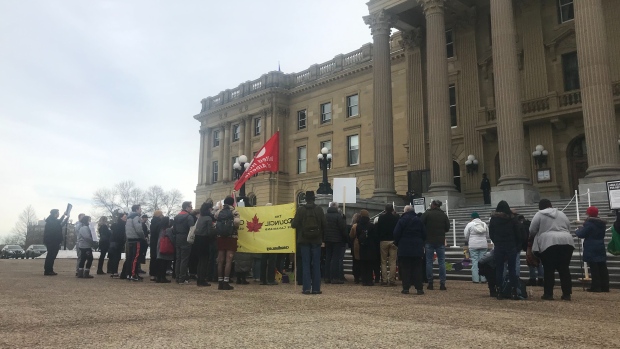 According to AEDP's statement, over 2,000 Albertans have been lost to "a crisis of misaligned drug policy" since January 2016. And by March 31, 2019, SCS sites had successfully treated more than 3,500 overdoses.

"This is about the whole spectrum of care," says NDP MLA Heather Sweet. "It's not just about treatment and recovery, it's also about ensuring people are alive to be able to access those supports and so I’m glad to see that there’s lots of family and friends here today."