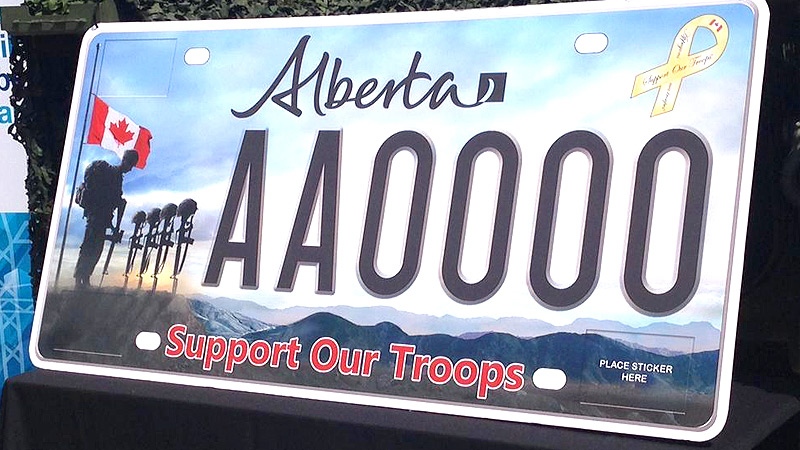 Officials with the provincial government unveiled their design for the Canadian Armed Forces new licence plate, which will be available Wednesday.

The new plates, that complement existing veterans’ licence plates featuring a poppy in honour of former and current members of the Canadian Armed Forces, bear artwork called ‘Fallen Comrades of the PPCLI’. The design pays tribute to the first four Canadian soldiers who died during Canada’s mission in Afghanistan, along with the symbolic yellow ribbon.

The new plate will be available starting Wednesday, July 23 – for an initial fee of $75, in addition to regular registration fees – at registry agents throughout the province.

The province said $55 from each plate sold will go to the Save Our Troops Program with the Canadian Forces Morale and Welfare Services, to help current and former members of the armed forces, and their families.

The rest of the funds will go to pay for the production and distribution of the plates.