'A shock to find out that I was a finalist': Red Deer educator nominated for NHL's Most Valuable Teacher 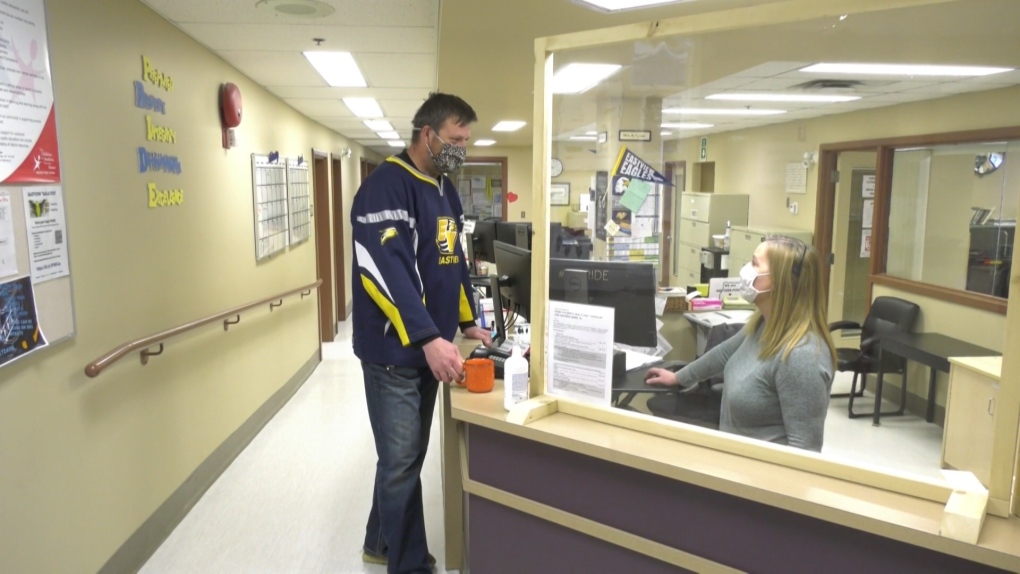 Eastview Middle School teacher Jeremy Spink is one of 20 teachers across North America up for the NHL/NHLPA Most Valuable Teacher award. Feb. 3, 2021. (CTV News Edmonton)

RED DEER -- A Red Deer teacher is nominated for the NHL/NHLPA most valuable teacher for the month of February.

Eastview Middle School teacher Jeremy Spink is one of 20 teachers across North America up for the award.

"It was a shock to find out that I was a finalist, but it's really exciting," Spink said.

Spink has incorporated the Future Goals™ - Hockey Scholar program into his classroom. The program is designed to leverage STEM (science, technology, engineering, and math) in hockey to create a fun and memorable learning experience.

"It is a great program and it all ties right into our curricular goals," he said.

"I am dedicated to teaching applications for STEM because I know that it not only impacts how healthy and productive students are during this time, but also their well-being and success far beyond the K-12 years."

"Jeremy has been a big part of Eastview for more than 20 years. In his hockey class, and in all of his classes, he instills a love of learning and particularly a love for the game for all of his hockey class students through positive interactions and his infectious enthusiasm," Robertson said.

The teacher who is selected as this month's finalist will win a personalized NHL club jersey and a $10,000 technology grant for their school, and have a chance to win the grand prize.

During teacher appreciation week the finalists from January, February and March will be voted for by the public once again to become the Future Goals™ Most Valuable Teacher of the Year.

The winner will be announced in May, and receives an additional $20,000 for their school, and $1,000 towards a personal technology device to improve their virtual classroom experience.

"If he were to win the MVT (Most Valuable Teacher) for the month of February, we would look at how we could further support technology in our classrooms, whether through more devices, or through other specific technologies for our hockey program and other areas to supplement instruction," Robertson said.

The Red Deer community can vote for Spink once a day until Feb. 28.