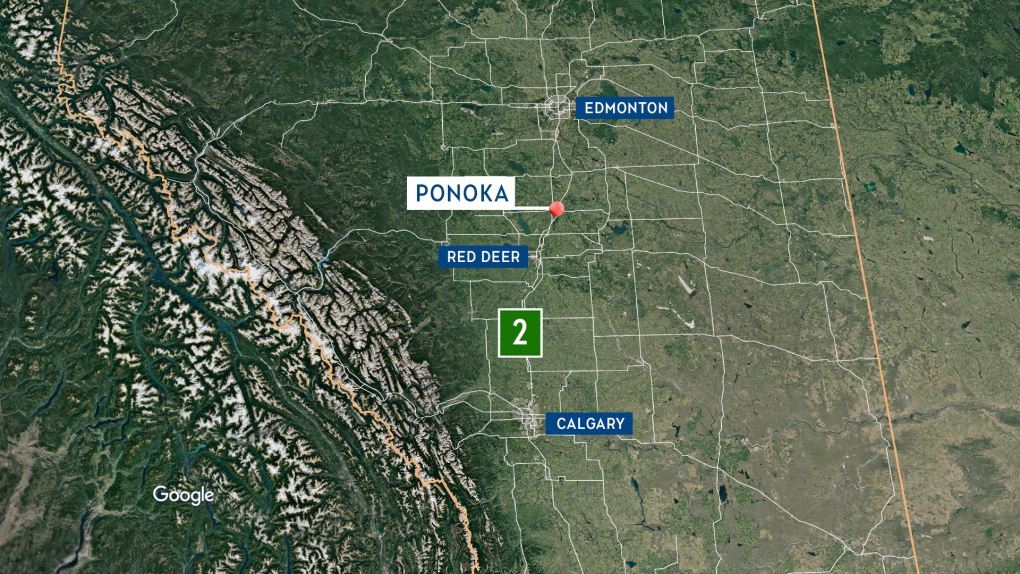 Ponoka RCMP are searching for two people who witnesses saw flee from a vehicle that hit two people the afternoon of Nov. 30.

The pair of crashes happened within 20 minutes of each other in Ponoka, RCMP say.

After the second incident, witnesses saw two people run away from the scene.

RCMP did not say if anyone was injured.

A "significant" amount of methamphetamine and cocaine, a .22-calibre handgun and ammunition was found in the 2015 Jeep Cherokee they abandoned, according to Mounties.

Anyone with information that could help investigators is asked to call the Ponoka RCMP detachment or Crime Stoppers.

The Supreme Court of Canada has ruled that a mandatory minimum sentence of four years for firing a gun at a house is unconstitutional.

Conservative Leader Pierre Poilievre doubled down on his belief that "everything feels broken" Friday, as he laced into Prime Minister Justin Trudeau for suggesting otherwise.

Thousands of Maritimers still without power after Thursday storm

Thursday’s wet and windy storm has knocked out power to thousands of people in the Maritimes, most of which are in Nova Scotia.

More than 80 Toronto police officers are expected to be in and around Toronto Transit Commission locations to reduce victimization, prevent crimes of opportunity and enhance public safety.

Memphis braces for release of video in Tyre Nichols' arrest

The city of Memphis and the nation on Friday awaited the release of a police video depicting five officers viciously beating Tyre Nichols, a Black man whose death prompted murder charges against the cops and outrage at the country's latest instance of police brutality.

Two months after undergoing surgery for serious burns, Jay Leno is now contending with a number of broken bones after being knocked off a motorcycle.