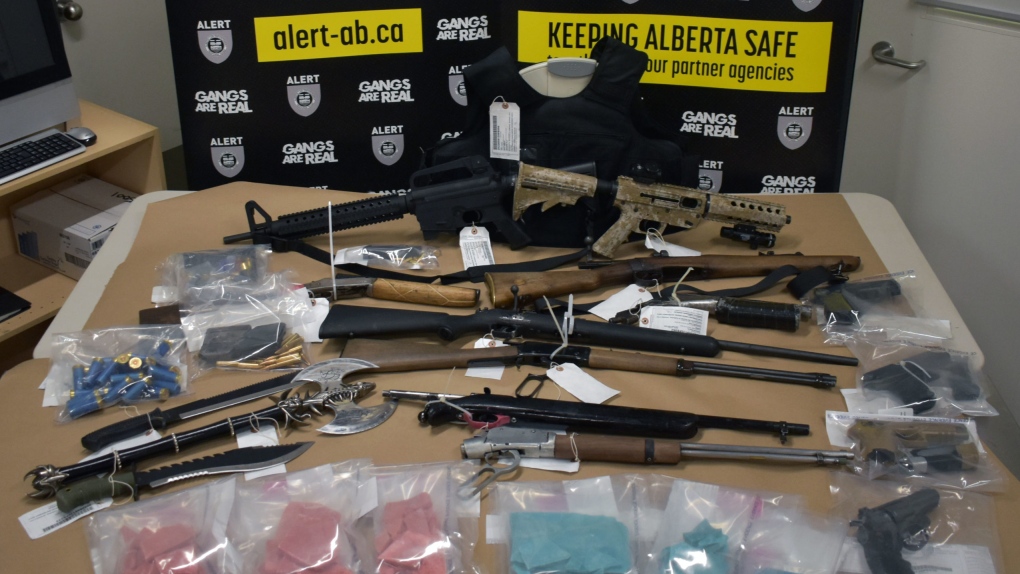 Fentanyl and firearms were seized in the Red Deer area this month. (Supplied)
EDMONTON -

Two Alberta men have been charged after a pair of search warrants in the Red Deer area uncovered cash, drugs and illegal guns.

Alberta Law Enforcement Response Team (ALERT) organized crime and gang team made the arrests and seizures June 3 with the help of local RCMP.

Seven of the guns were prohibited, five were loaded, and one had the serial number defaced. The guns are undergoing forensic analysis and ballistics testing.

“The combination of fentanyl and firearms is an equation for all sorts of community harms. ALERT is working diligently to take these harmful substances off the streets and take guns out of the hands of drug dealers,” ALERT Staff Sgt. Jason Gibson said in a written release.

The pair had been arrested together in 2020 at a Red Deer traffic stop, which led to similar weapons and drug charges. Both men were known to police, and have been under investigation since May 2022.