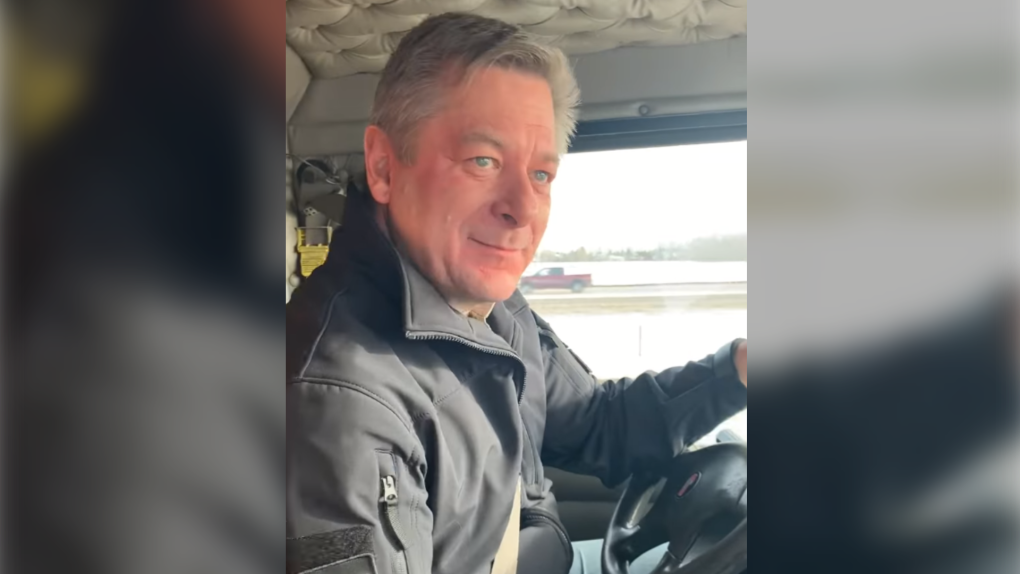 An outspoken MLA from rural Alberta was under fire Wednesday for encouraging police officers and soldiers to "remember your oaths" when receiving orders related to the Emergencies Act.

UCP backbencher Shane Getson has been stirring COVID-19 controversy for weeks, including driving his truck in a convoy protest and demanding that Premier Jason Kenney remove restrictions immediately.

On Monday, he criticized the fact that Prime Minister Justin Trudeau invoked the act, as an attempt to deal with trucker protests and blockades across Canada.

"I hope and pray that our country can still be referred to (as) the 'True North, Strong and Free” when the sun rises tomorrow morning,'" Getson wrote on Facebook.

"I’ll also ask those in position(s) of law enforcement, as well as military person(nel) to remember your oaths that you have taken, the country that you represent, and the citizens that you are to protect. I want you to consider that, when the orders are delivered to you in the coming days."

In a different post, Getson suggested that laws be passed to prevent governments from ever again bringing in vaccine mandates.

An opposition NDP MLA called Getson's comments "disturbing," and demanded that Kenney remove him from his government caucus.

"MLA Getson is effectively counselling law enforcement officials to make their own laws, to ignore the direction of people elected democratically, and to stand with those who have caused substantial harm to Canadian communities and our economy," MLA Irfan Sabir wrote in a press release.

The NDP called for Getson to be booted in January as well, when they accused him of "utterly irresponsible and frankly dangerous rhetoric" on the COVID-19 pandemic.

Getson had refused to say if he was vaccinated, before revealing that he had one dose that he claimed made him ill. He also announced that he would refuse to use the QR code proof-of-vaccination system that his government brought in, and then removed.

At the time, Getson shrugged off the NDP's demands to kick him out of the UCP.

"I'm not worried. Quite frankly, this is the fourth or fifth time the NDP has asked for my resignation. That seems to be their mantra," Getson said, adding that he wants to stay in the UCP because he's able to voice his opinion.

Kenney was asked Wednesday afternoon about Getson's comments, but he said he hadn't seen them.

CTV News Edmonton reached out to both the offices of Kenney and Getson for reaction to this story.

A spokesperson for Getson said he "has no comment," a response from Kenney's office was not received.