EDMONTON -- The Alberta Sign Association has launched an online fundraising campaign to save the Western Cycle neon sign.

The group wants to move the sign, which still sits on the old Western Cycle location on 124 Street, to the Edmonton Neon Museum downtown.

“We're primarily looking to save the top sign, which is a 10 foot by 10 foot roof mounted sign,” said Kelso Brennan of the ASA.

The city has already agreed to donate the sign. It bought the Western Cycle building during expropriation for the west LRT line. The building is scheduled to be torn down this summer, so the sign needs a new home fast. It also needs a lot of work.

“The work that goes into restoring these signs is volunteer work from Edmonton sign companies, and so we're looking for the public's support to help with this particular sign because it's slightly outside of our range.”

Money raised from the online fundraiser will refurbish the internal components of the sign, redo the paint, and create a new frame to meet weight and structural requirements. The ASA is hoping to raise $7,500.

This is the first time the ASA has done a crowd funding campaign to raise money to restore a sign. Brennan says if they exceed their goal, extra money will be used to refurbish other signs. 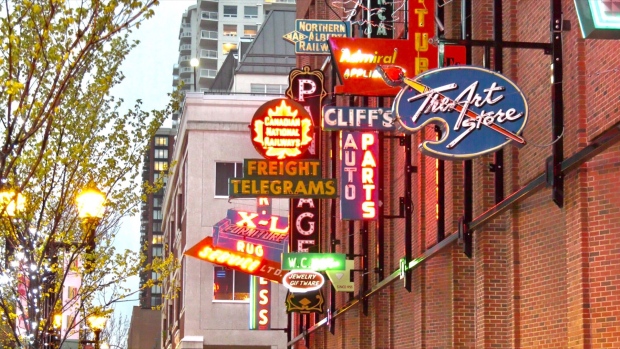 “We currently have a backlog of over a dozen signs that could also be erected in the neon sign museum,” he said.

The Edmonton Neon Museum receives funding from the City of Edmonton to maintain current signs, as well as donated electric power from TELUS and The Mercer.