'She's learned a lot': Service dogs help open the world for those with autism

'She's learned a lot': Service dogs help open the world for those with autism

Fayden Holowaychuk was almost entirely non-verbal for the first few years of her life.

Thanks to completing a service dog training program through Aspen Service Dogs and getting her own dog, named Ella, the nine-year-old has gained a greater sense of independence.

"She's learned a lot of self-skills through having her dog, like with feeding and things like that," said her mother, Ashley Holowaychuk.

"People with autism, a lot of times they're very limited in what they'll consume, or even touch and she had a lot of fears," she added.

With the help of her service dog for the past three years, Ashley says her daughter is now speaking more on her own and can handle going to the mall for up to two hours. Before, Fayden could only take about 10 minutes.

"It's Ella that's a constant thing that's there that she knows," Ashley said. "They build so much character within themselves. They find themselves through their dog. And that's what happened with Fayden."

Another positive about having a service dog is that it allows others to understand Fayden better.

"When you have an invisible disability, people don't understand walking down the street," Ashley added. "Having the dog there, people understand. They keep their distance a little more. She doesn't get rude comments and looks." 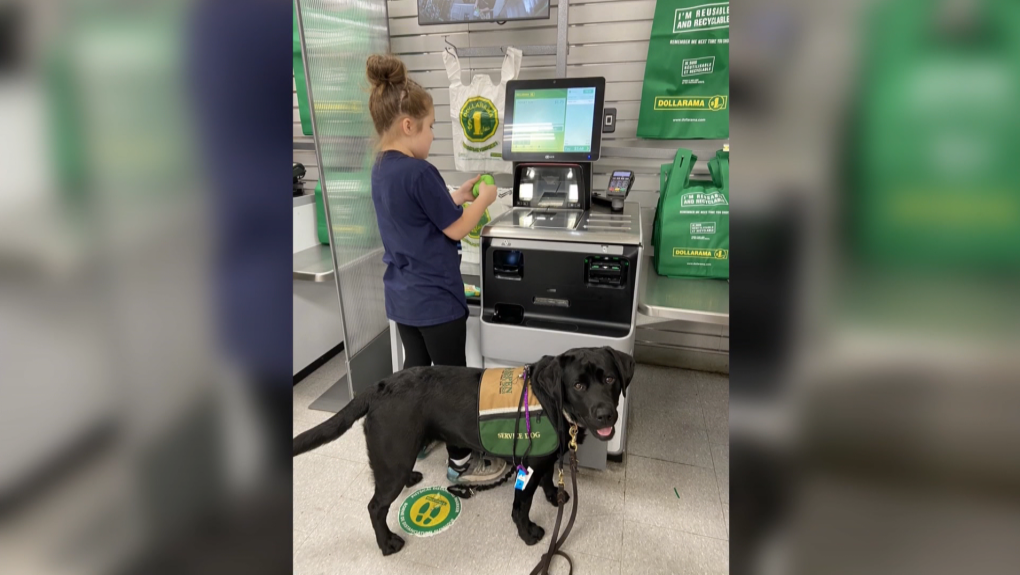 Fayden Holowaychuk and her service dog Ella at Dollarama (Supplied).

Maureen MacKay, CEO and president of Aspen Service Dogs, told CTV News Edmonton that Fayden completed a training program where she was introduced to Ella as a puppy. She then got to build a bond with her as the pair taught each other.

"It is so magical when you see the child and the dog become one," MacKay said.

"It always has to be a really positive experience for the child too and you want the child to feel that they're part of the training process." 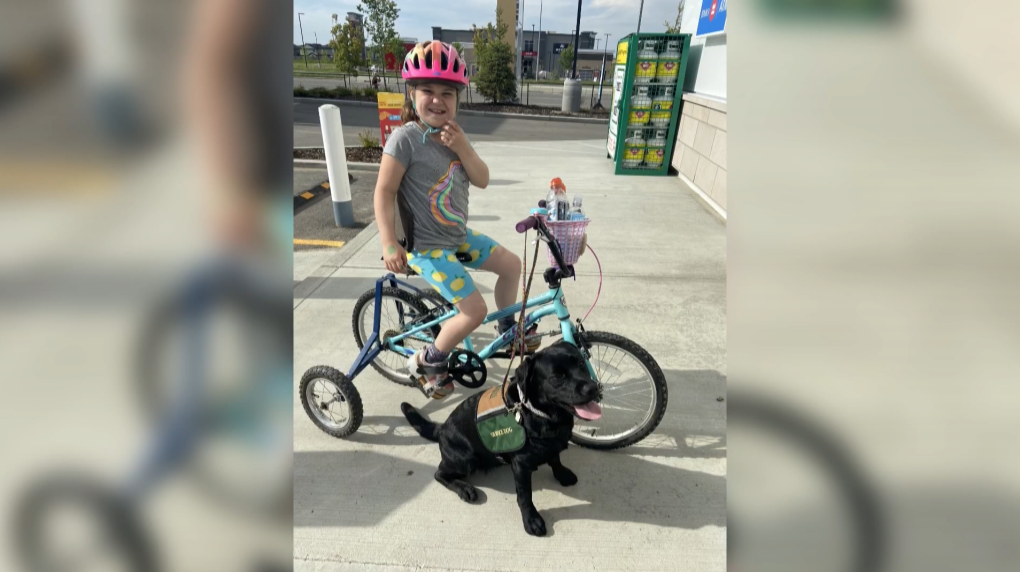 Fayden Holowaychuk and her service dog Ella do everything together as a team (Supplied).

Ashley said Fayden and Ella's trainer described it as a dance between the two. That dance was a gift for the Holowaychuk family.

"It's pretty amazing. The connection between the two of them that's changed, just the language and being able to talk to each other," Ashley said. "It's not just Fayden. Our whole family has changed.

"When you have an animal, they don't talk, they don't do these things," she added. "But yet, they have a way to be able to connect with you. And you don't need to talk. You don't need to have all these fancy abilities and stuff like they're just a dog. They're there for you."