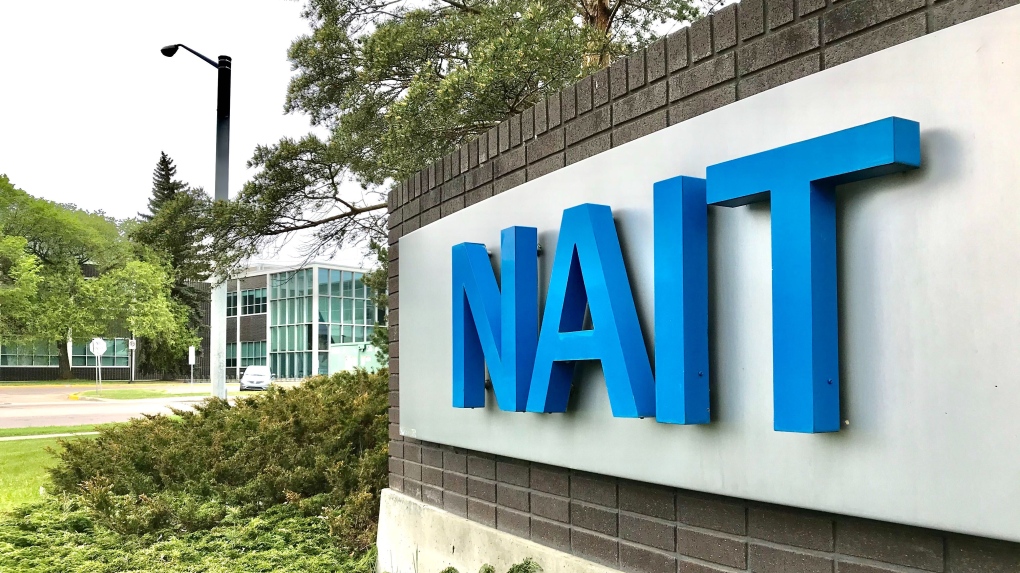 A justice has ruled NAIT's board was within its abilities to raise tuition for the 2021-22 academic year, which resulted in some students seeing their fees increase by more than 10 per cent, but that the school did not meet an obligation to consult with the students' association beforehand.

The decision marks the end of a judicial review requested by the NAIT Students’ Association (NAITSA) in February 2021 over a disagreement about how the legislation governing tuition increases should be interpreted.

The two parties have two months from the decision date, Sept. 12, to decide what, if any, action is needed to remedy the board's failure to properly consult the student group.

Both say they are committed to finding a resolution.

"It provides an opportunity for NAIT and NAITSA to establish a framework on what meaningful consultation looks like. And then hopefully avoid a matter like this in the future," NAITSA's vice president external, Jody Gylander, told CTV News Edmonton.

A NAIT spokesperson said on Wednesday the school was still reviewing the court's decision but that "we value our long-standing, positive relationship with NAITSA and the work we do together in support of students at NAIT… and we look forward to resolving this together."

GOVERNMENT CHANGES AT CENTRE OF CONTENTION

In setting the 2021-22 fees, NAIT's board increased all tuition by seven per cent and removed a benefit that had previously saved full-time students $700 over the course of earning 30 credits, finding that they were at an advantage by simply being able to attend on a full-time basis.

The combination of changes to the fee model would have had varying effects on students depending on their course load and program; some existing students could have seen their tuition increase by more than 10 per cent. So NAIT moved to prevent this by limiting the total increase in fees to 10 per cent for existing students.

The students' association believed the resulting increase in tuition for new students – sometimes more than 10 per cent compared to what they would have paid one year earlier – violated provincial legislation which limited tuition increases to 10 per cent.

"Our interpretation was that the 10-per cent cap was in effect based on the actions of other post-secondary institutions, like the U of A, who would make a formal application to the ministry for increases greater than 10 per cent. NAIT disagreed and did not think they were required to get permission from the ministry," Gylander recalled.

"Our stance is that we want tuition to be predictable and stable. When families are saving to send their kids to school or students are working part time, they might be saving for five years. And to come for their turn and tuition to be 60 per cent higher than what they anticipated is not something easy for families and students to live with."

The laws also mandate how and within what timeframe institutions must consult student councils before increasing fees.

But Justice John Henderson found the Alberta government suspended the 10-per cent cap in 2019. The move, which effectively allowed institutions to increase tuition beyond the rate of inflation, was meant to allow them to reset their fee schedule and reduce their dependence on government funding.

The move did not repeal the original legislation, but paused it for three years ending in 2022-23.

Henderson concluded NAIT had been free to make the substantial increases, but that it did not clarify for the students' association how the legislation was to be applied – "a breach of procedural fairness."

"We are hoping we can find an amicable resolution," Gylander said. "We'll leave this behind us and continue to advocate for students and go from there."

Forget that soda bottle or errant tube of toothpaste. One airline passenger thought it was a dandy idea to place a six-pack of sharp or potentially dangerous items into his carry-on bag at LaGuardia Airport in New York City on Sunday.

'Doesn't line up': MPs challenge minister over instances of MAID offered to veterans

Veterans Affairs Minister Lawrence MacAulay was challenged by MPs on Monday about how the federal government is handling the growing number of veterans who've reported being offered medical assistance in dying.