STARS called to collision on Hwy 16A 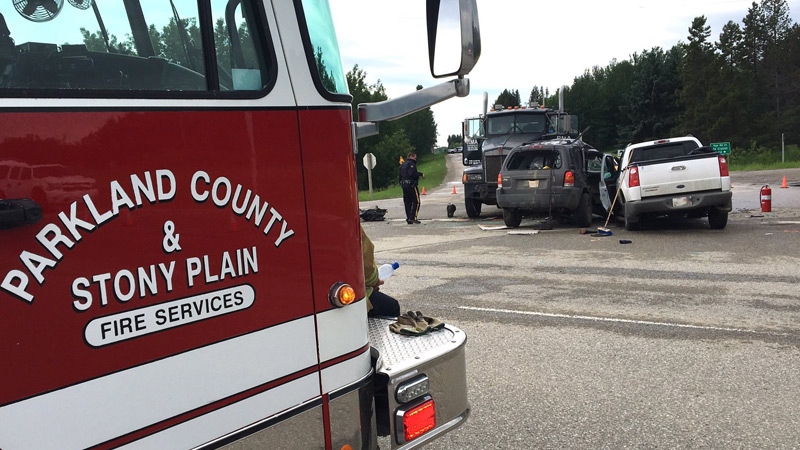 RCMP said crews were on the scene of a collision on Highway 16A and Range Road 20 Tuesday afternoon, and police had to shut down a section of highway as a result.

Police were called to the crash just before 2 p.m. Tuesday.

Few details were confirmed on the crash, CTV News has learned two individuals were taken to hospital, one by STARS Air Ambulance and the other by ground ambulance.

There were no details on the condition of patients.

The eastbound lanes of Highway 16A were closed as a result of the collision.

Hours later, RCMP said Highway 16A westbound had reopened, and one eastbound lane had been reopened.