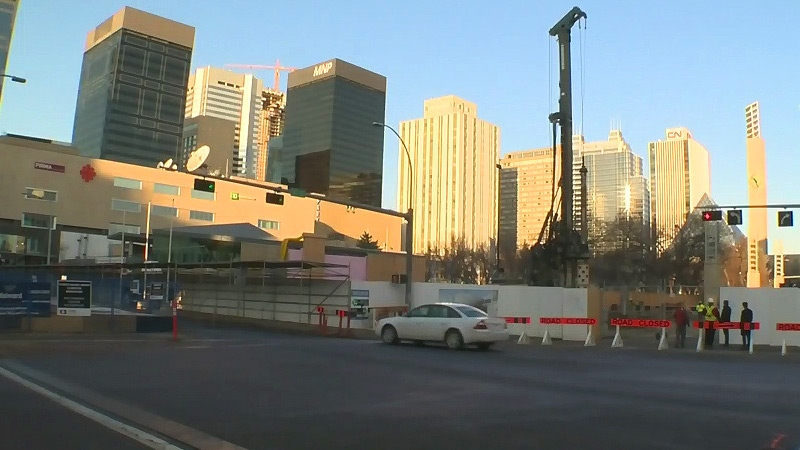 A stop work order was put in place for tunneling work on the Valley LRT Line on Monday, December 4, 2017.

Alberta Labour has confirmed the stop-work order placed on the Valley LRT Line tunnel worksite in early December had been lifted, more than a month later.

The order was put in place on December 4, over safety concerns for workers underground, in the event of an emergency.

Safety measures that led to the order being lifted included the addition of emergency shelters for workers if they were to be cut off from the main entrance or escape route during an incident at the site.

“As it was not practical to construct a second entrance or exit in the tunnel, the measures are an acceptable alternative to achieve compliance with the OHS code,” Bancarz said in a statement.

Mayor Don Iveson was asked about the development Tuesday.

“Whatever the inspection found it was dealt with and dealt with quickly,” Iveson said. “They were ahead of schedule on tunneling and they feel they’ll be able to make up time from the stoppage.”

The stop-work order was officially lifted Monday, January 8 at 8:30 p.m.