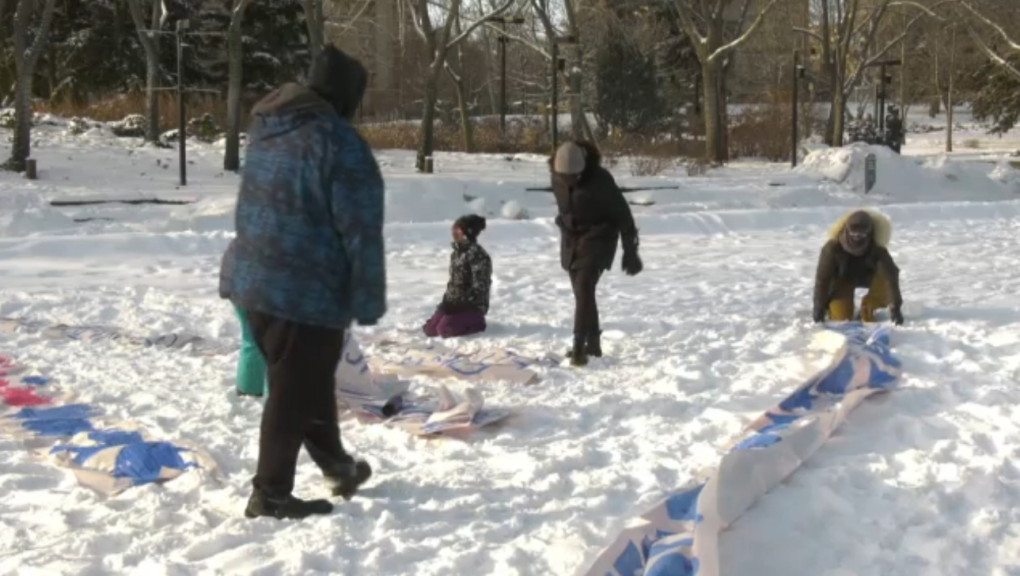 EDMONTON -- Some young Albertans held a protest at the Alberta Legislature grounds on Saturday to draw attention to the province’s coal policy.

They rolled out artwork featuring dead fish to display.

The province has been under fire for a coal-mining policy that opened up more than one-point-four million hectares of the eastern slopes of the rocky mountains to exploration.

“I live in Alberta, this is my planet. When I grow up, I’m going to be living here. They won’t, it’s my mess to clean up. I’d rather have less mess to clean up,” said protestor Vela Christian, who’s a Grade 7 student.

The UCP government is expected to announce it’s restoring some of the previous policy that protected those areas this week.