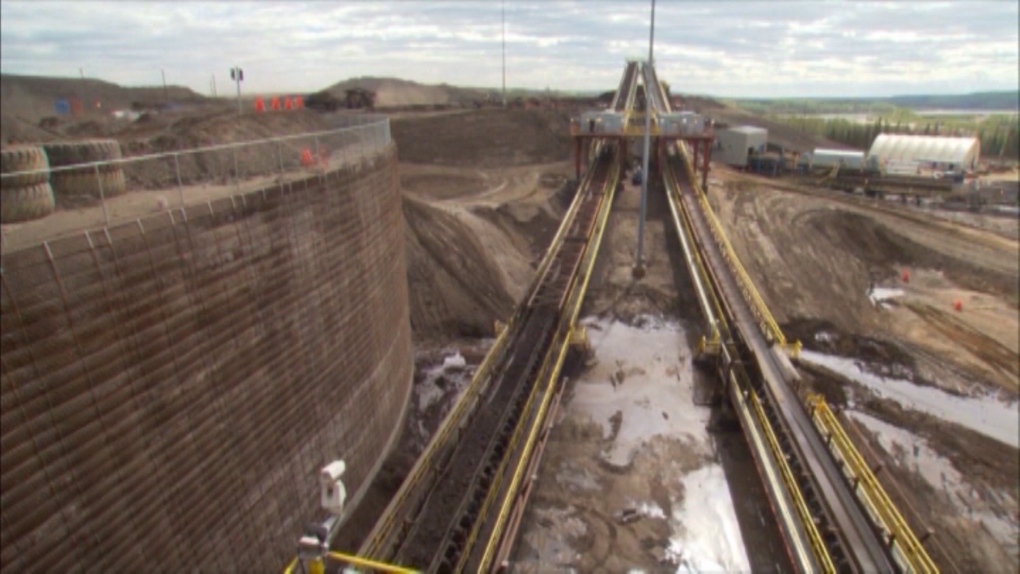 VANCOUVER -- Shares in Teck Resources Ltd. are trading down four per cent after the company said it had withdrawn its application for a massive oilsands mining project citing uncertainty over climate policies.

The Vancouver-based company said it will take a $1.13-billion writedown on the Frontier project in Alberta, which was expected to create thousands of jobs but was also produce about four million tonnes of greenhouse gas emissions per year over 40 years.

In a letter to the federal environment minister, Teck CEO and President Don Lindsay says investors and customers increasingly want jurisdictions to have a framework in place that reconciles resource development and climate change.

Shares in Teck were trading down 58 cents or 4 per cent mid-morning on the Toronto Stock Exchange in what so far is a down day for the market overall.

The company's decision comes just days ahead of an expected federal cabinet decision on whether or not to approve the project.

In a joint statement, Natural Resources Minister Seamus O'Regan and Environment Minister Jonathan Wilkinson said Sunday night they had been informed by Teck that it was withdrawing its application for the mine and so cabinet would no longer be making a decision on the project.

This report by The Canadian Press was first published Feb. 24, 2020.