A Ukrainian chef now calling Edmonton home due to the war in that country had the opportunity to share some culinary traditions at the Norwood Legion.

Oleh Durkach came to Canada with his three children and wife Nadia in October.

He left behind a restaurant in his home region in the Carpathian Mountains. After coming to Edmonton, Durkach says he tried to find work but was constantly turned down.

"I was looking for a job as a chef and had sent my resume to a number of restaurants," he told CTV News Edmonton through a translator.

"I was requested for many interviews, but when they learned that I did not have English skills, I was denied the opportunity."

Durkach was able to land an interview with the Norwood Legion with the help of his wife, who does speak English.

Elizabeth Patterson, kitchen manager, said her boss approached her about the prospect of hiring the Ukrainian newcomer who had culinary training but limited English language skills.

"I told him that we would figure it out. No problem," Patterson recounted.

He has now been working with the Legion branch full-time for two months in the kitchen and supporting its catering business.

"We've heard his frustration with not being able to get work elsewhere because of the language barrier," Patterson added. "We just take it on. 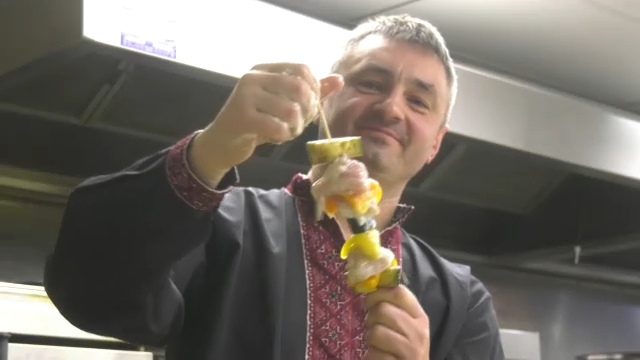 Line cook Richard Crouse works closely with Durkach and says the pair just have fun with it.

"It was difficult at first," Crouse explained. "As soon as we found out about Google Translate, it just worked."

"We do a lot of pointing and he does understand some words," Crouse added. "He is getting better at his English… He's practising his English every day with YouTube." 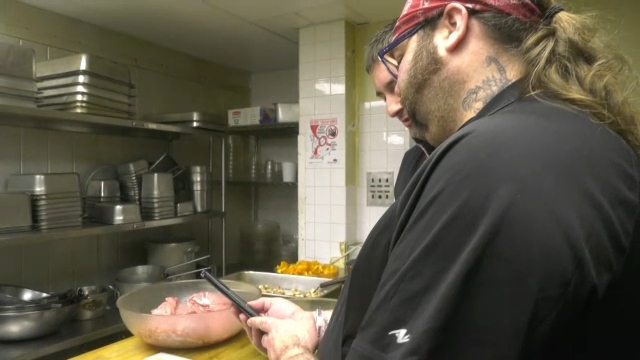 Crouse says working with his new Ukrainian friend has been a learning experience for both of them.

"He's learning stuff from us too because there's a lot of stuff that we do here in Canada that they don't do in Ukraine," he said. "Like they don't use a lot of deep fryers."

In 2011, Crouse lived in Slave Lake during the wildfire that forced evacuations from the northern Alberta community. After hearing Durkach's story, Crouse says he can relate to an extent.

"His is a little bit more extreme," Crouse said, "but I know what it's like to leave home."

To celebrate Ukrainian Orthodox Christmas, Durkach designed a special menu celebrating his heritage for two nights of dinners at the Legion.

"I'm very proud to be able to bring these special dishes from Ukraine to Edmonton. It gives me great pride," Durkach said. "I was very pleased that I could share some of these new tastes."

BREAKING | B.C. reveals plan for decriminalization of small amounts of drugs for personal use

British Columbia is taking a major step forward in its fight against the province’s deadly overdose crisis by decriminalizing the possession of a small amount of certain illicit drugs for personal use.

Adding milk to coffee may be anti-inflammatory: Danish study