'They are not listening': Protestors give UCP a failing grade over new curriculum

EDMONTON -- Protesters were outside UCP MLA Kaycee Madu’s office to voice their opinions on the new Alberta school curriculum.

Protesters left the office covered in report cards, with failing marks. The messages were left at Madu’s office but according to protesters “the message is for everybody in government.” 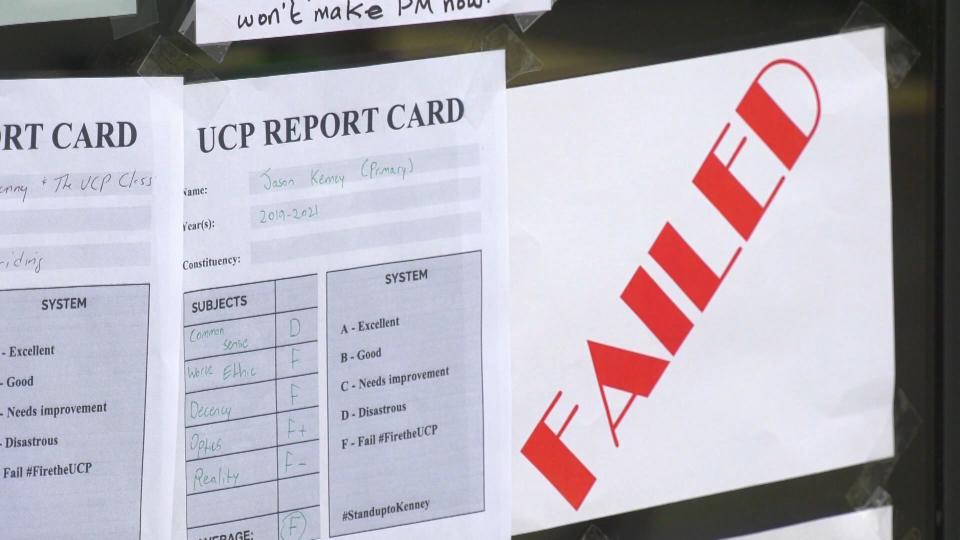 The way this curriculum was developed is different than how they have been in the past, according to Carla Peck, a professor of social studies at the University of Alberta.

“They are, with this curriculum design, taking Alberta back to the 19th century, not forward to the 21st century and students and families are going to suffer as a result of that.”

She said Saturday’s protest was important because the UCP has not been listening to growing concerns over the new curriculum.

“More than 30 school boards now have said they will not implement it, many citing reasons in terms of quality, or the poor quality, of the curriculum,” said Peck.

“They need to invite teachers, education professionals, Indigenous persons, francophones to the table to be involved, from day one, with curriculum development.”

Edmonton public and Elk Island public schools have said they will not be testing the curriculum.

The province is planning to implement the curriculum across Alberta in the fall of 2022, it is supposed to be tested in schools this coming fall.

“They are not listening to the thousands and thousands of voices of Albertans… it’s time for the minister of education and her colleagues to listen to really stop and listen.”