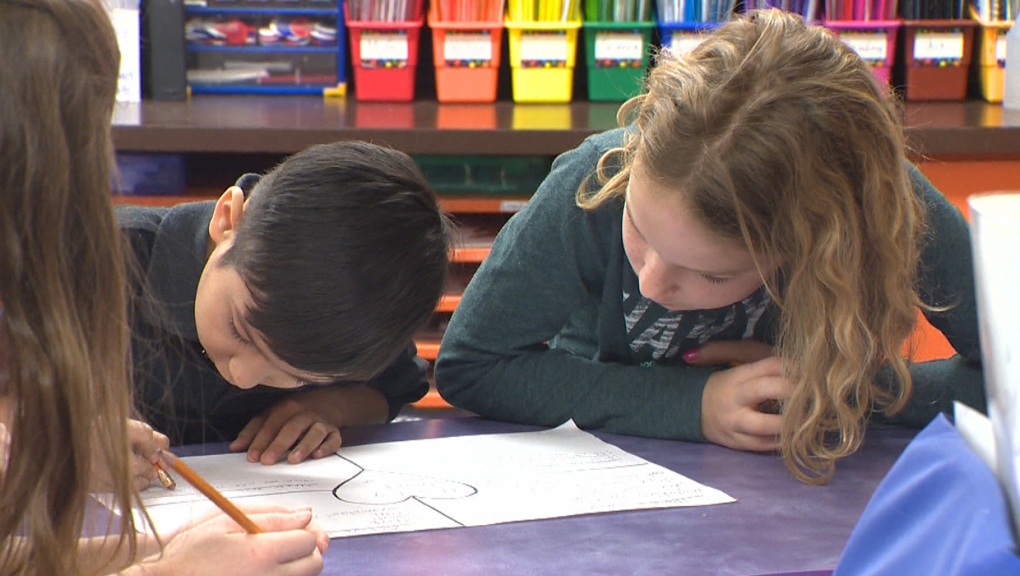 The Alberta Teachers' Association has publicly stated the proposed learning plan is “fatally flawed, and teachers, academics and curriculum experts should work on a revised version.”

“I have the utmost respect for teachers, and the work that they do, and the professionalism that they have,” LaGrange said when asked about the association Wednesday.

“I want them to weigh in on the curriculum,” she said. “The union for teachers appears to want to make it more political. I really don't want to go down that path. I prefer to work collaboratively.

“The fact they have not reached out to me or my department since the curriculum has come out to set up a meeting, to have a discussion, speaks volumes to me.”

“Alberta's government will continue to work with the education system, including the teachers' union, to gather all feedback to make this the best curriculum possible,” said Sparrow.

“It is clear that the union is more interested in political theatre than actually providing feedback.”

Schilling said LaGrange cancelled a memorandum of understanding in late 2019 that had put teachers and other experts at the centre of the curriculum review. Teachers have fought for a place at the table ever since, he said.

“The association has essentially been shut out,” said Schilling.

“The minister is very well aware of the fact I have concerns about the curriculum, that I want to make sure that teachers are involved, (so) that we can get this right.”

The result has been a high-profile back-and-forth word fight. The teachers association says it was shut out of the curriculum consultation. LaGrange counters that 100 teachers were involved.

Schilling has said it was 100 teachers for two days who had to sign non-disclosure agreements.

The ATA has said 91 per cent of teachers in an in-house survey are against the curriculum. LaGrange has dismissed the survey sample she says was less than seven per cent as minuscule.

Sarah Hoffman, the NDP Opposition's education critic, said LaGrange and the United Conservative government need to meaningfully work with teachers who have the expertise and front-line experience on what works and what doesn't.

“The minister is picking massive fights and trying to discredit teaching professionals who work to make sure students learn quality information to set them up for success,” said Hoffman.

The draft is to be piloted in select schools this fall and fully implemented in September 2022.

It's been the subject of fierce debate since being outlined by LaGrange in late March.

Advocates defend it as a common-sense approach that includes basic concepts, such as multiplication tables, along with real-life skills for the information age, including how to budget and computer code.

The ATA and other critics say the plan is not developmentally appropriate for young kids, is jammed with random facts, and too loosely structured with concepts well over students' heads. They say it pushes Eurocentric history while giving short shrift to francophone and Indigenous cultures and perspectives.

This report by The Canadian Press was first published April 21, 2021.