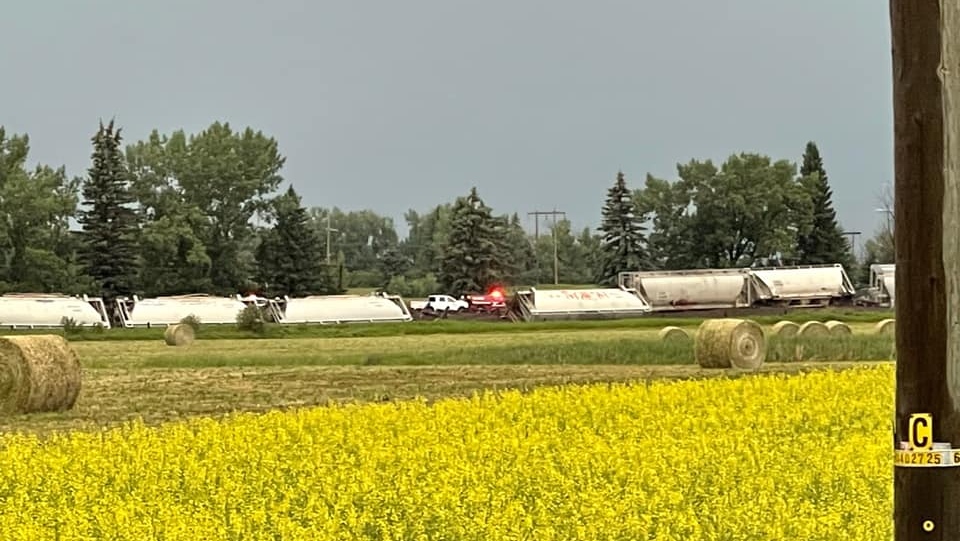 Emergency crews were able to contain a spill of tar oil – also known as liquid asphalt – after a trail derailment southwest of Lacombe, Alta., Friday evening.

Initial reports suggested several oil-carrying cars were leaking and that there was possibly a fire at the scene, Mounties said.

Crews soon determined there was no fire and that 23 train cars had derailed, four of which were carrying liquid asphalt.

According to police, only one car leaked while the other cars carrying liquid asphalt remained intact. 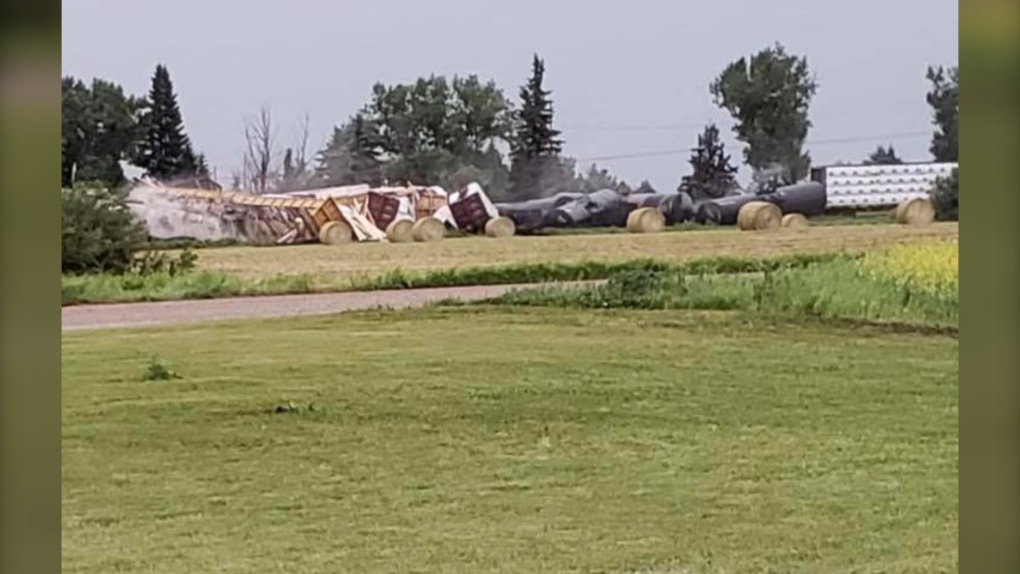 A photo showing some of the 23 train cars that derailed southwest of Lacombe, Alta. (Courtesy: Candice Campbell)

No one was injured by the derailment but one home was evacuated as a precaution. The homeowners were able to return  by Saturday morning.

“It was determined one railcar carrying asphalt was leaking product,” said Andy Cummings, manager of media relations for CP Rail. “That spill has been contained.” 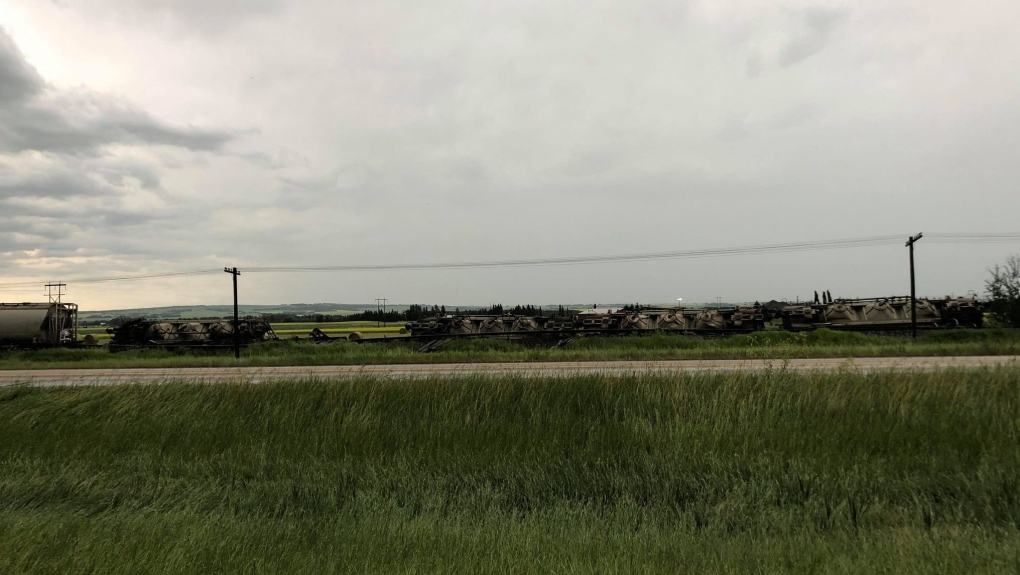 Approximately 23 cars had derailed near Lacombe (Courtesy of Kyle Foreman)

The derailment caused Highway 2A to be closed to traffic Friday evening and most of Saturday as crews worked to contain the spill and investigate.

According to CP Rail, the cause of the incident is still under investigation.

The White House says that adult foreign nationals will have to be fully vaccinated against COVID-19 in order to travel to the United States by early November, but it is not clear how the new policy will specifically impact travel at the Canada-U.S. land border, where non-essential visitors remain prohibited from crossing.

Maj.-Gen. Dany Fortin's legal team says they have given the Crown documents relevant to their client's sexual assault case.