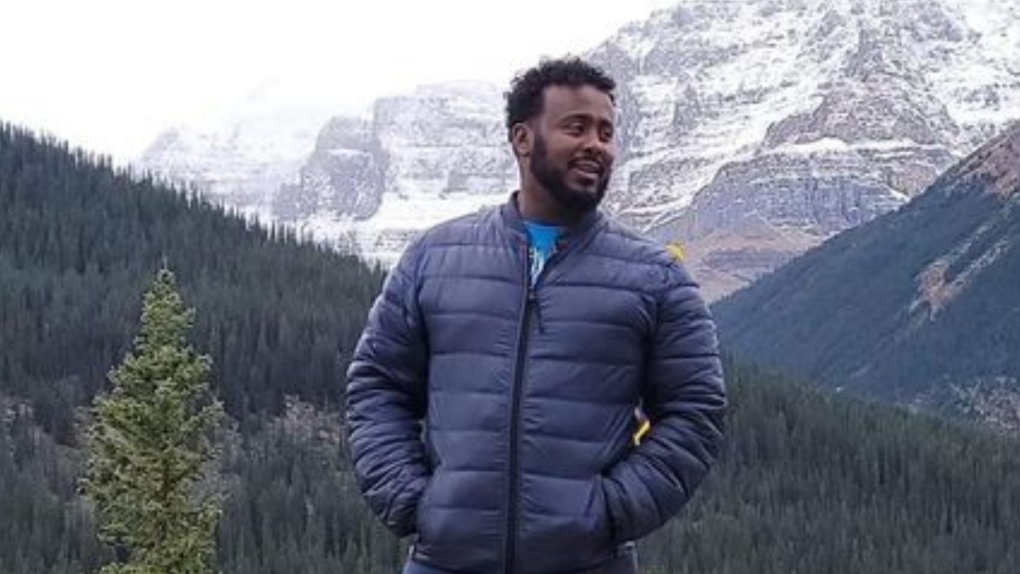 Samatar Sahal, 40, was killed in a workplace accident at the Trans Mountain pipeline site in west Edmonton on Oct. 27, 2020. (Supplied)

EDMONTON -- Trans Mountain is forbidden from using a piece of equipment that pinned and killed a worker at its Edmonton site earlier this week, until it can prove the equipment can be used safely.

According to the company’s preliminary report, a father of four who was helping build the pipeline under contractor SA Energy Group was fatally injured by a trench box on Tuesday.

Trench boxes are used to avoid cave-ins while working in trenches.

Samatar Sahal, 40, was killed when he was pinned under the structure’s cross beam as it was being disassembled by side boom operator and three other workers.

The Canadian Energy Regulator ordered Trans Mountain to ensure SA Energy Group stops using trench boxes until it is proven they can be assembled, deployed and taken apart safely.

Trans Mountain also must ensure it has a process to give inspectors and workers competency training and knowledge to use the equipment.

A report identifying gaps and any human, organizational or other factors in the Oct. 27 death is due Nov. 13.

Work at the site was stopped Tuesday afternoon.