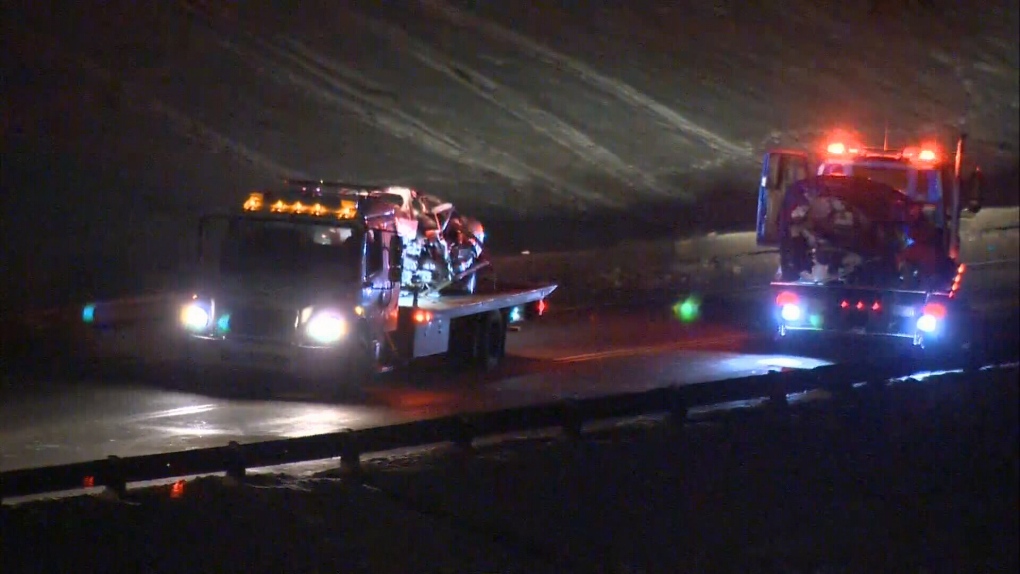 Part of Highway 19 was closed Tuesday night as investigators worked at the scene of a serious crash.

Two men are dead after a head-on collision on Highway 19, west of Nisku, Tuesday night.

Around 5:10 p.m., Leduc and Devon RCMP were called to a crash near Highway 19 and Range Road 261, where an eastbound Chevrolet Malibu and a westbound Chrysler Neon collided.

They were the only occupants of the vehicles. No other injuries occurred.

Highway 19 was closed until 10 p.m. to allow for an investigation and road clearing.

RCMP continue to look into the cause of the crash.