EDMONTON -- Government staff had a hand in crafting a May 2019 speech and newspaper editorial for Janice MacKinnon, the chair of the Blue Ribbon Panel into Alberta’s Finances, according to internal emails.

Emails between government staff and MacKinnon show a back-and-forth on the writing of her May 7, 2019 speech announcing the panel and an editorial published four days later in the Calgary Herald.

“Premier’s office would also like an op-ed to go out from you as Chair. Can you look at the following draft, which is based on your speaking notes?” reads a May 6 email to MacKinnon from government staffer Cheryl Tkalcic.

“The op ed is great. Well done. I have no changes,” MacKinnon responded two hours later.

That exchange followed another one earlier in the same day regarding MacKinnon speaking about her experience and hopes for the panel when it would be introduced the next day.

“If you are in agreement with this role I can provide you with a set of speaking points or you can choose to provide your own,” wrote Tkalcic.

“Why don’t you send me speaking notes and I will amend them,” MacKinnon replied. 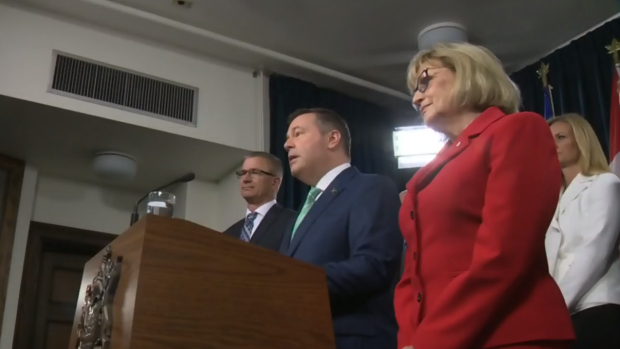 The emails were obtained by CTV News after they were first the subject of an information request by the Alberta Federation of Labour.

MacKinnon did not respond to multiple emails and calls from CTV News.

She delivered her speech at a May 7 media event alongside Premier Jason Kenney and Finance Minister Travis Toews.

“Your government believes that Alberta can do better,” she told reporters.

“I am honoured to lead this distinguished panel, and I believe that we can provide advice and guidance to get Alberta on the right track.”

“As promised in our platform, we recruited an independent, non-partisan group of experts to conduct a deep dive into Alberta’s fiscal situation,” Kenney said at the event. 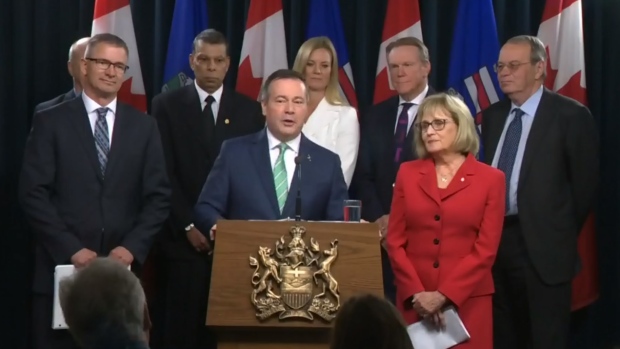 A day after the speech, Tkalcic wrote MacKinnon saying the editorial was too short, and the newspaper needed another 200 words.

“I have pulled some material from the news release and the minister’s letter to you,” she wrote.

The next day, May 9, MacKinnon wrote back in the morning with edits to the column.

“Keep the first addition about the panel. But please delete the rest.”

The original piece and subsequent edits are redacted in the emails.

“I apologize for the short timelines but please let me know as soon as you can if there will be any other changes or if you approve this version,” wrote Tkalcic later that morning.

The editorial was published in the Calgary Herald on May 10 with the headline “Opinion: If we make measured choices now, we can avoid draconian cuts later.”

The piece ran online with a Calgary Herald byline and a brief bio of MacKinnon at the bottom.

“Albertans should be proud to have a government that not only talks about fiscal discipline but also is already taking action to make better choices today that will keep Alberta strong and free long into the future,” the editorial reads in part.

In response, the government called any suggestion that MacKinnon’s work was tainted as “ridiculous,” describing her as “a widely respected expert on matters of public finance in Canada.”

It says staff formatted MacKinnon’s own work into a newspaper editorial.

“The documents themselves do not suggest in anyway that the op-ed was anything but Dr. MacKinnon’s own thoughts, specifically noting that the content ‘was based on your speaking notes,’” a government spokesperson wrote in an email to CTV News.

The government also said that it’s not unusual for a panel member to receive administrative support.

In a statment, Finance Minister Toews called allegations of interference "unsettling" and "deeply insulting" to the former panel chair.

"Dr. MacKinnon is a professional who regularly shares her own opinions without influence of others, as she did in the panel’s report on Alberta’s finances, and has in the many books she has authored. She certainly speaks for herself." 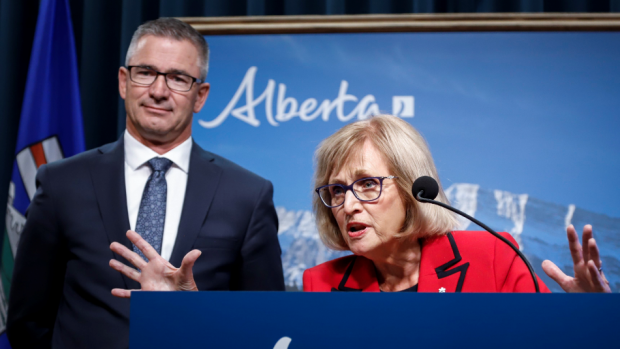 Opposition finance critic Shannon Phillips says the emails question the credibility of the government and the panel.

“These documents show the fix was in all along, and the outcome of the MacKinnon panel was predetermined,” Phillips wrote in an email.

“All of these panels are a bad-faith exercise to paper over the bad decisions Jason Kenney has already made.”

"The original speaking notes came out of treasury board and finance on what’s supposed to be a non-partisan side of the public service."

“It comes down to an important process issue: who was actually develping those messages?" he said.

"Who was developing them and when?"

The MacKinnon Panel’s report was published in September of 2019 and found that “Alberta has a spending problem."

It made 26 recommendations ranging from transferring hospital responsibilities to clinics and considering lifting the post-secondary tuition freeze, to legislating public sector salaries.

Much of the province’s budget released a month later echoed those recommendations including cuts to post-secondary schools and public sector jobs.