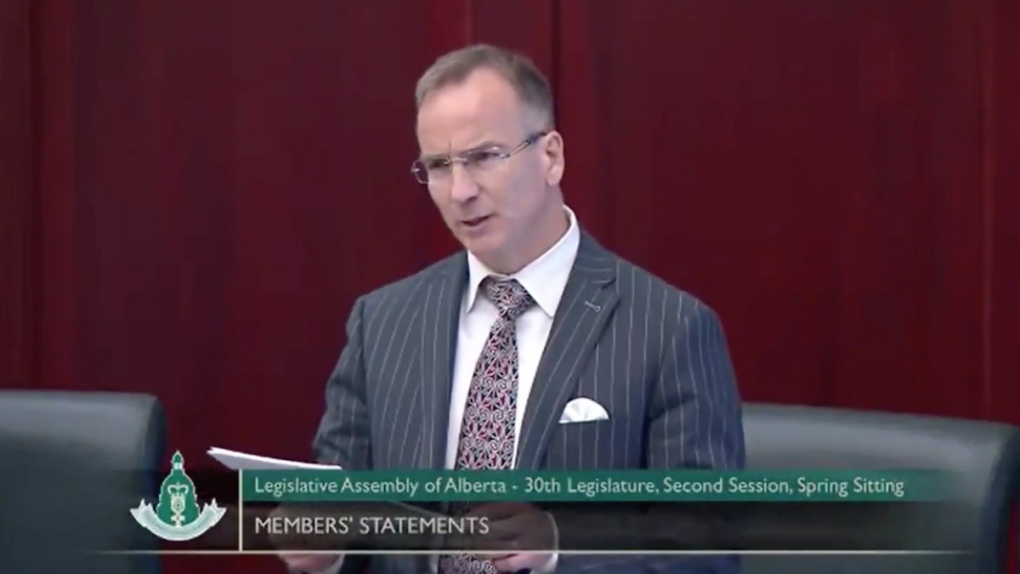 EDMONTON -- A United Conservative Party MLA apologized in the Alberta legislature Monday after he referred to Ottawa and Quebec as “hostile, parasitic partners.”

Jason Stephan, MLA for Red Deer-South, started his address with what he called a “warning,” about the federal government.

“Canada is marching to bankruptcy, taking Alberta down with it. Canada is rudderless, under the control of individuals out of their depth. The socialist Trudeau, NDP, and Bloc undermine our ability to compete and succeed in the real world,” Stephan is quoted as saying in the Alberta Hansard transcript.

“Alberta is in a rigged partnership with so-called partners who strangle and suffocate the contributions of their most successful partners, Alberta businesses and families,” Stephan said.

“In the real world a partnership agreement providing structural welfare payments to hostile, parasitic partners would never survive. That is equalization,” he added.

The Red Deer MLA said Alberta has contributed more than $600 billion to Canada’s equalization program while Quebec takes more than $476 billion from it.

“In the real world Quebec would be kicked out of the partnership,” Stephan said.

Stephan later rose to apologize, but only for using the word “parasitic."

“I described behaviours as 'parasitic.' That was an unparliamentary choice of words, which I am going to rectify. I wish to sincerely apologize for this word choice,” Stephan said.

NDP Leader Rachel Notley shared a video of the address on Twitter.

“I have said in the past that Albertans need a better deal on equalization and I understand the frustration being felt by many. But this is ridiculous,” Notley said of Stephan’s comments which she said was a reference to all other Canadian provinces.

In December 2019, the Alberta government started a series of consultations with Albertans about the provinces relationship with Canada, including equalization.

The Fair Deal Panel report was delivered to the government in May but officials said it’s public release was delayed because of the COVID-19 pandemic.