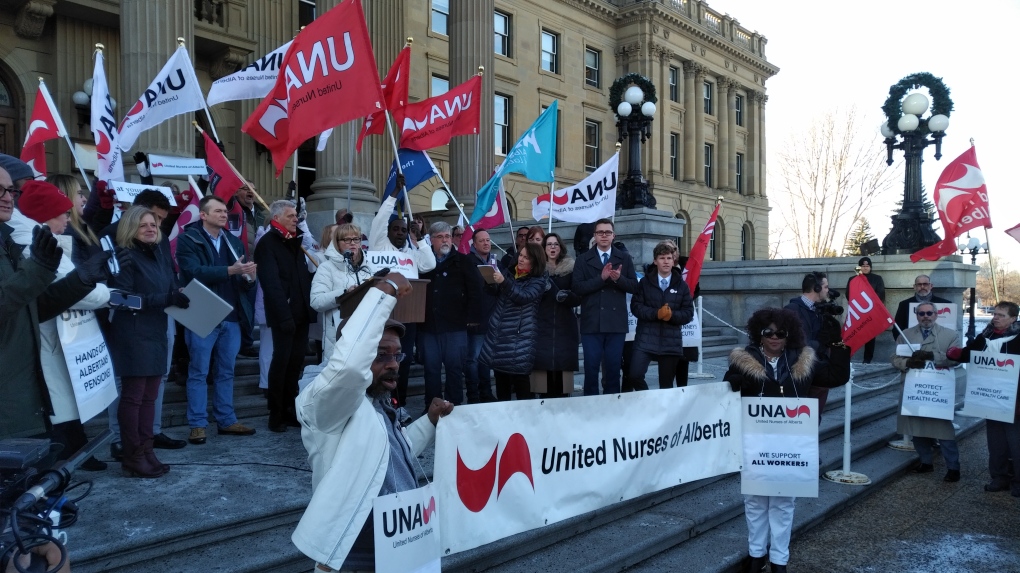 EDMONTON -- As it fights the UCP government's planned budget cuts, the Alberta Federation of Labour says it's worried the province may restrict the ability of unions to run public advocacy campaigns.

AFL President Gil McGowan is speaking to media in Edmonton Tuesday at noon to "discuss information suggesting that the Kenney government is about to introduce legislation that will impose unprecedented, and likely unconstitutional, restrictions on the ability of unions to run advocacy campaigns and engage in the democratic process," the organization said in a news release.

Unions affiliated with the AFL including the United Nurses of Alberta have voiced concerns over a "labour relations consultation" meeting called for next Saturday by Deputy Labour Minister Shawn McLeod.

According to the UNA, McLeod's email stated he wants to discuss legislation that will "protect workers from being forced to fund political parties and causes," the union wrote on its website.

UNA said it is sending a rep to the meeting but suggested the government is seeking to silence unions through legislation affecting collective bargaining.

"They want to silence us because they have given themselves through Bill 21 the ability to interfere in collective bargaining, before we start, during bargaining, and even afterward," said UNA President Heather Smith. "They don't want us advocating about health care, Pharmacare, safe staffing, or ending workplace violence."

Released in October, the provincial budget includes a 2.8 per cent spending reduction over four years. The reduction means many public sector workers are facing wage rollbacks of between two to five per cent.

McGowan will speak to media at noon at Chateau Lacombe Hotel.

A copy of the letter sent to United Nurses Alberta from Deputy Labour Minister Shawn McLeod is shown below. 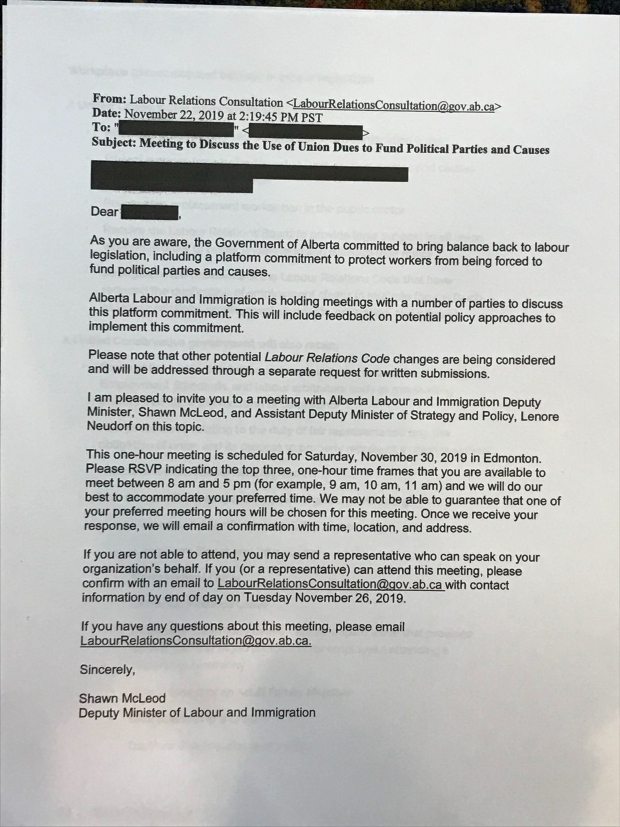