United We Roll counter-protest cancelled after rail blockade cleared out 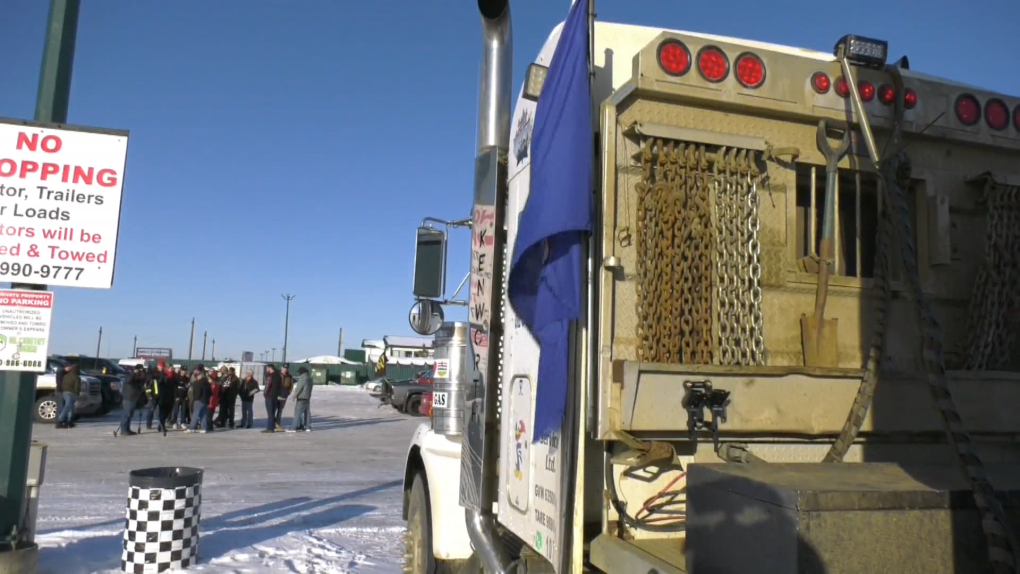 Around 30 oil and gas supporters rallied in Nisku, Alta. to show support for pipelines at the same time a group blockaded a section of CN Rail near Edmonton in support of Wet'suwet'en hereditary chiefs in British Columbia. Feb. 19, 2020. (CTV News Edmonton)

EDMONTON -- A group of oil and gas supporters intending to counter-protest a CN Rail blockade west of Edmonton is now heading home after the camp was dismantled.

Truckers belonging to United We Roll gathered in Nisku, Alta. to show their support for pipelines.

The small convoy of about 30 people planned on heading to the rail blockade near Acheson to speak with protesters blocking train tracks about the benefits of oil and gas.

Even though they wrapped up early, the group said as long as anti-pipeline protests continue popping up — they'll keep rallying against them.

"We feel it was disbanded because they heard Alberta and United We Roll was coming up and Alberta is not going to stand for this," said organizer Glen Carritt. "We had the same thing down in Carseland with the UNIFOR blockade and we're going to continue to fight."

Many workers who gathered said protesters need to respect the rule of law and let companies get back to work.

"This LNG project that's going through in B.C., it's very vital, it's vital to everybody," said Carritt.

The blockade, set up by the group Cuzzins for Wet'suwet'en, dismantled the camp along with residents in the area after CN Rail was granted the emergency 30-day injunction.