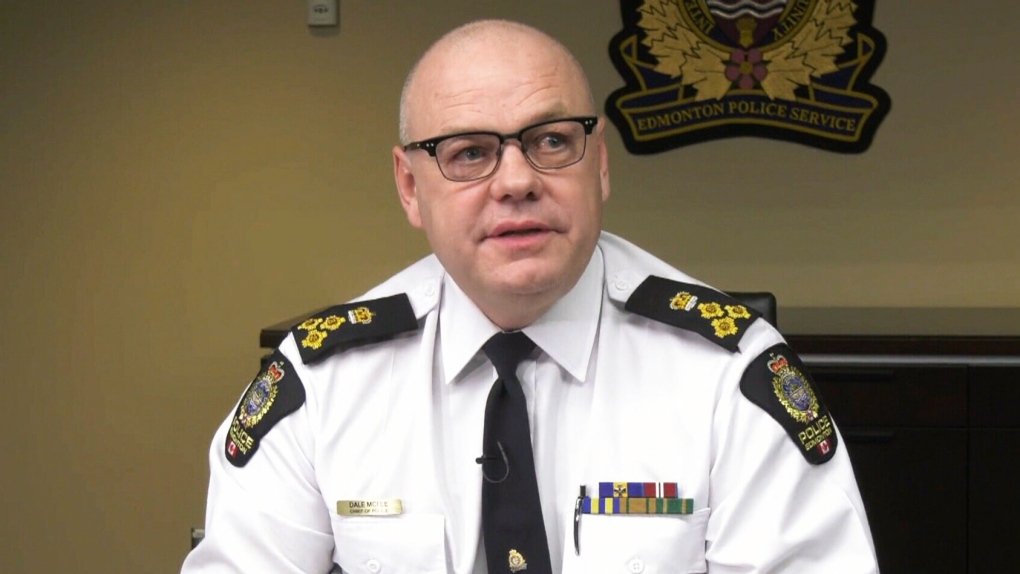 EDMONTON -- Edmonton's police chief has signed a letter that calls the death of George Floyd — the black Minnesota man that died after a white police officer pressed his knee into Floyd's neck — "unnecessary, avoidable and criminal."

The letter by the Major Cities Chiefs Association (MCCA) was signed by Edmonton Police Service Chief Dale McFee, as well as the police chiefs in Calgary, Vancouver, Toronto, Ottawa and several American cities.

"As leaders of the largest local law enforcement organizations in the United States and Canada, we must be honest about our history and ask ourselves tough questions before we are able to offer the right answers," the letter reads. "A history dating back over two centuries that has included institutional racism and more recently, a history that during the civil rights movement over 50 years ago, included injustices and police brutality against African Americans who were fighting for equal rights and equal protections. We need to hear what America is telling us right now and we need to take bold and courageous action to change the narrative of our history as it relates to the disparate impact and outcomes that policing has had – and continues to have – on African Americans, people of color and the disenfranchised."

Officers were called by store employees who alleged Floyd used a counterfeit $20 bill to pay for cigarettes. A day after Floyd's death, the four police officers involved in his arrest were fired from the Minneapolis Police Department.

The police officer who had his knee on Floyd's neck, Derek Chauvin, was charged with third-degree murder and manslaughter. Sweeping protests across the United States since Floyd's death are calling for the other three police officers to be charged.

"There needs to be accountability attached," McFee said Tuesday afternoon.

Be The Change Edmonton will hold a virtual rally at 6 p.m. to protest Floyd's death, racism and police brutality. Watch live at CTVNewsEdmonton.ca.

D.C. bishop: 'I am outraged' by Trump church visit amid protests

Police joining protesters for prayers, hugs in some U.S. cities

Trump threatens to send in army amid protests across the U.S.

'Time for us to talk': Masai Ujiri stresses need for conversation amid protests