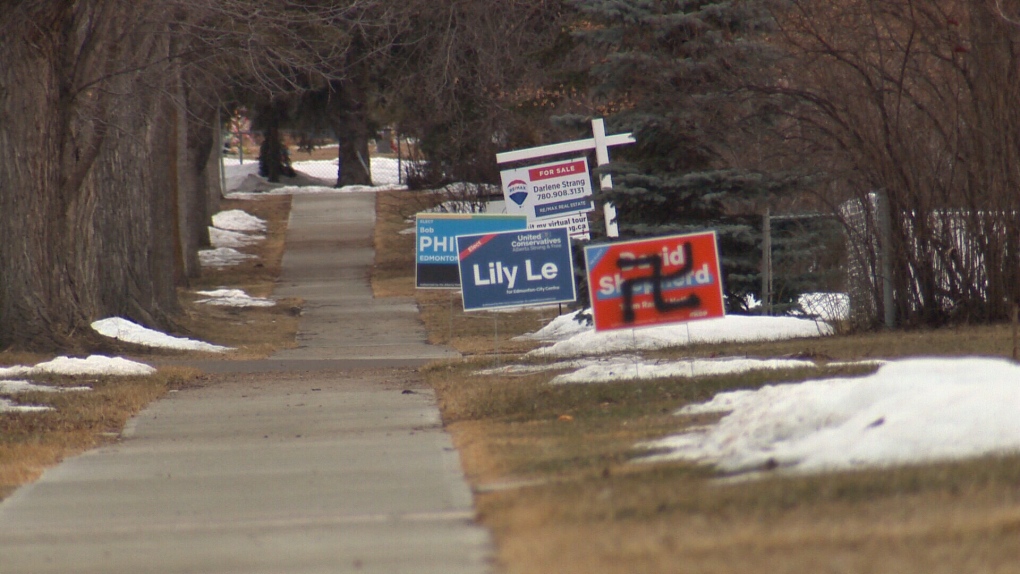 Police across the province are reminding Albertans that vandalizing election signs could lead to criminal charges.

“We have received numerous reports of candidate signs being vandalized,” RCMP Cst. Mike Hibbs said. "In some cases, these acts of vandalism also include other types of property damages and even hate speech. We are investigating reports of these incidents and will lay charges accordingly.”

A Red Deer couple said their vehicle was vandalized because of the NDP sign in front of their home.

RCMP, Edmonton police and Calgary police urge Albertans to call them if they have information on election sign vandalism.