EDMONTON -- Witnesses who testify in Alberta Courts now have the option of swearing their oaths using an eagle’s feather.

Dignitaries from Alberta’s three Courts were joined by representatives from several First Nations, including Chiefs and Grand Chiefs to officially introduce the new option.

The move is meant as a sign of respect for Indigenous culture and beliefs and is considered to be an important step towards reconciliation. 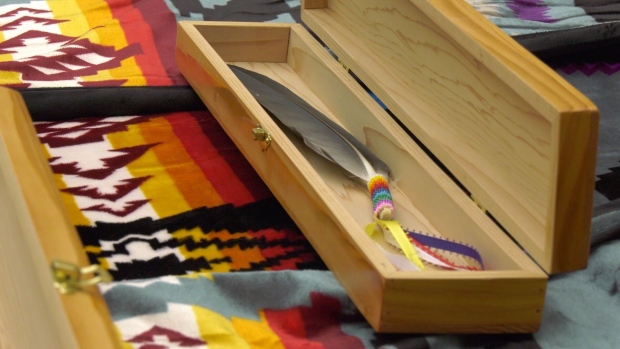 According to Indigenous culture, the eagle flies closest to the creator, giving it the vision, power, strength and sacredness to see everything.

“To us, as Indigenous people, that really binds our sacredness, our truth to the creator, our trust and our respect. So we’re bound to tell the truth,” he said.

Alberta Chief Justice Catherine Anne Fraser said that this is a tiny step, but an important one towards recognizing the importance of having Indigenous culture in the justice system.

“It’s part of the public recognizing that different religions and different cultures have different ways of binding one’s conscience when you take an oath,” she said.

As of Friday, the option to take the sacred eagle feather oath is available in all Alberta courtrooms.