Woman dies after being hit by train in southeast Edmonton 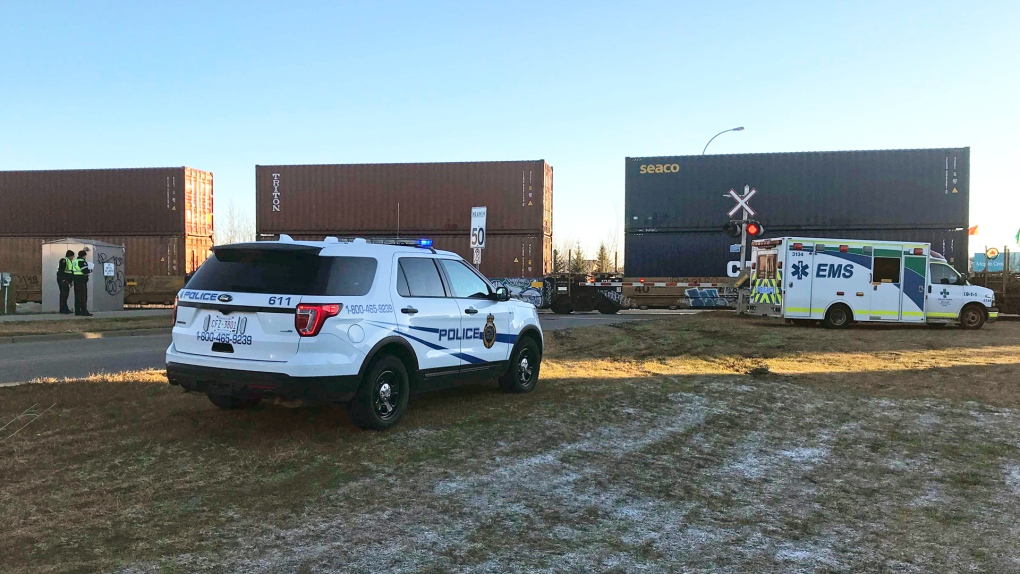 Drivers were asked to avoid the area near Maple Road and 8 Street in southeast Edmonton on Oct. 26, 2021, after a pedestrian was involved in a collision with a train.
EDMONTON -

A woman hit by a train while trying to run across the tracks in southeast Edmonton on Tuesday has died of her injuries.

The 34-year-old woman was walking in the neighbourhood of Tamarack and attempted to run across the CN railway tracks at Maple Road with a train coming at 7:25 a.m..

The woman was hit by the front of the northbound train.

She was treated and taken to hospital by paramedics in critical condition, where she died Wednesday, police said.

The collision prevented people from entering or exiting the Maple Crest neighbourhood as it’s the main road into the community.