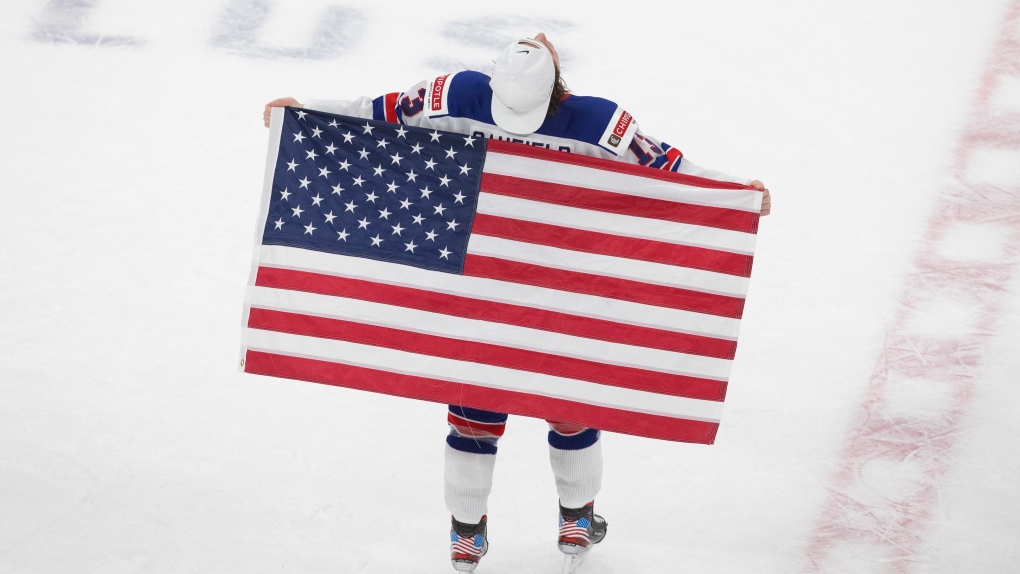 The game was scheduled for 2:30 p.m. MT in Red Deer. American coach Nate Leaman was slated to hold a media availability on Tuesday morning but it was cancelled shortly before it was scheduled to start.

The International Ice Hockey Federation has said that any game that cannot be made up at a later date will be considered a forfeit. The game will be entered as a 1-0 win for the Swiss and will not be rescheduled.

Team USA will enter quarantine for more testing and contact tracing. The IIHF says the team's quarantine status will be evaluated later to determine if it will be able to play its next games against Sweden on Wednesday and Russia on Friday.

In a statement, general manager John Vanbiesbrouck said the team was "extremely disappointed" in having to forfeit, noting "we're operating in an ever-changing landscape and that's very challenging."

"We've followed the tournament protocol from the outset and will continue to do everything we can to ensure our players have the opportunity to compete."

The American, Russian and Swiss teams all hold 1-1 records with three points each through two games.

The Americans defeated Slovakia 3-2 on Sunday.

The Swiss opened their schedule on Monday with a 4-2 defeat to Russia. The team is without star centre and captain Simon Knak after he tested positive for COVID-19 in the days prior to the tournament.

Team Switzerland is slated to play Slovakia on Thursday and Sweden on Friday.

The fourth-placed team in Group B is likely to face a quarterfinal matchup against one of Canada or Finland.

On Monday, the IIHF announced that this year’s tournament would not have the usual relegation round due to the possibility of COVID-19-caused forfeits.

The tournament has a scheduled off day on New Year’s Day before the quarterfinals begin with all four games scheduled for Jan. 2, 2022.

The IIHF announced five positive tests in the days before the tournament, including Swiss player Knak, Austrian Senna Peeters and an unknown Finnish player. Two game officials also tested positive ahead of the opening game.

Peeters missed his team's game on Monday but is expected to return for Tuesday's night game against Canada in Edmonton.

Last year’s event was played in a bubble, but was still impacted by COVID-19.

A number of Swedish players tested positive in the days before the event, and Team Germany was left with just 14 skaters for its first three games of last year’s tournament, with one player, forward Jakub Borzecki, having to quarantine for the duration of the tournament.