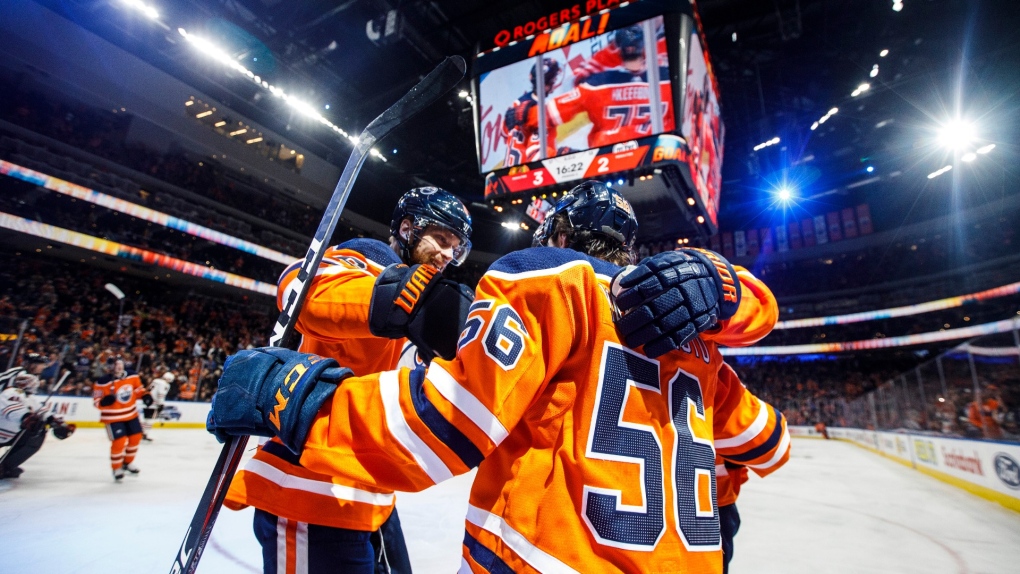 Marody, 24,was originally drafted by the Philadelphia Flyers in 2015 and has appeared in six career NHL contests.

The 22-year-old Yamamoto had eight goals and 13 assists in 52 games with Edmonton last season. The '17 draft pick has 20 goals and 32 assists in 105 career NHL contests.

Skinner, 22, played in one game with Edmonton last year. He was drafted by the Oilers in 2017.

This report by The Canadian Press was first published July 25, 2021.

The boyfriend of Gabby Petito, whose body was found at a national park in Wyoming after a cross-country trip with him, has been charged with unauthorized use of a debit card as searchers continue looking for him in Florida swampland, federal authorities announced Thursday.

A shooter attacked a grocery store in an upscale Tennessee suburb on Thursday afternoon, killing one person and wounding 12 others before the shooter was subsequently found dead of an apparent self-inflicted gunshot wound at the store, authorities said.

Canada jumps up list of billionaire countries in new report

Canada added seven billionaires in 2020, increasing its total to 53, tied for 12th-most in the world with Brazil, according to a new global report.

Anti-vaxxers in Quebec could be fined up to $12,000 for protesting near schools, hospitals

Anti-vax protesters who picket outside hospitals, schools, daycares or COVID-19 test and vaccine sites could face a heavy fine, according to a bill tabled Thursday by the Quebec government.