A family running a haunted house in Spruce Grove that supports the local food bank has been shut down after multiple complaints.

The Allens have hosted Spruce Grove Ridge Scare for five years and say they never received complaints about their haunted house until now.

“All we’re trying to do is help the foodbank,” Lindsay Allen told CTV News Edmonton.

“We never thought we were causing a nuisance,” Emily Allen added.

First, the spooky attraction received a noise complaint, but Emily said they quickly showed the city they adhered to noise bylaws by not operating beyond 10 p.m.

Then the haunted house received another complaint about the safety of its structure.

Emily said inspectors came and walked through the Halloween event and cleared it. Then they suddenly received notice from the city that it was to be shut down.

“We are trying to find out what codes we have to meet.”

The Allens hope to have clarity from the city about what they need to do in order to be able to re-open safely in time for Halloween.

“We are just trying to do our best for the community in a fun way,” Lindsay said. “It’s a major disappointment.”

Carol Bergum, City of Spruce Grove director of planning and development, told CTV News that they are working with the Allens to ensure the haunted attraction is safe and open for Halloween.

Bergum confirmed there were complaints against the haunted house, including questions around whether it had a business license and over the safety of some of the structures in the backyard.

The complaints about needing a business license were dismissed, Bergum said, but inspectors are working with the family to ensure safety concerns are addressed.

Bergum added that the city focuses on education before levying any fines. 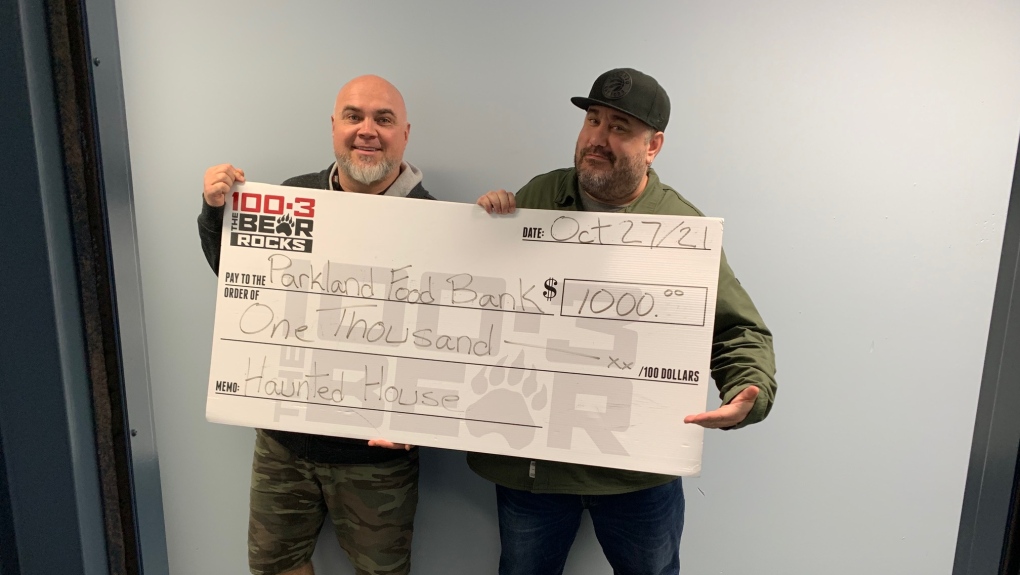 During an interview with Edmonton rock station 100.3 The Bear, Emily said “they’re only trying to do a good thing here and help out,” by bringing the community together to support the Parkland Food Bank.

During that chat, the hosts surprised Emily with a $1,000 donation from the Bear’s Children’s Fund to recoup some of the donations lost while the haunted house is shut down.

As of right now Emily explained there’s no set date for when the attraction will reopen to the public.