About 1 in 4 times forceps are used during childbirth in Canada, a mom is injured: study 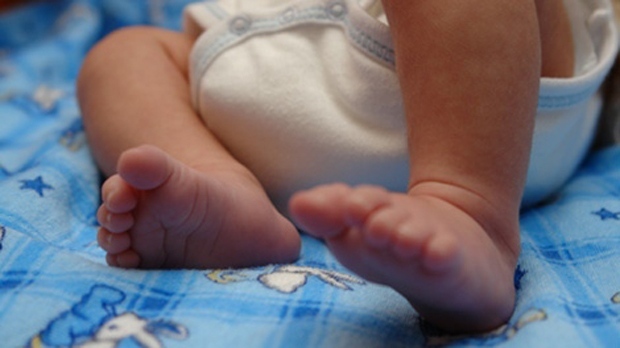 A new study from the University of Alberta recommends limiting the use of forceps during childbirth.

U of A experts on incontinence say educating both clinicians and mothers will help to prevent lifelong injuries to women.

According to the study, Canada has an alarmingly high rate of forcep use during childbirth.

“Often women who have had this type of delivery are completely shell-shocked because they’ve got infection, they’ve got pain, they’ve got a newborn and they had no idea that this was even a possibility,” Jane Schulz, professor and chair of obstetrics and gynecology in the faculty of medicine and dentistry, explained.

“Education is needed for both patients and health providers that this is a potential complication.”

Use of forceps can lead to some immediate and long-term complications that can include infection, chronic pain, sexual dysfunction, incontinence and pelvic organ prolapse.

'WE'RE NOT DOING WELL COMPARED TO OTHER COUNTRIES'

Forceps, described as similar to “large sugar tongs,” are placed on a baby’s head to pull it out.

“The blades go around the baby’s head and can potentially tear muscles and ligaments of the pelvic floor or cause damage to the nerves that supply the pelvic floor,” Schulz said.

The study shows that researchers looked at close to two million birth records from Canada, Norway, Sweden and Austria with a focus on first-time births.

It revealed five per cent of the women had third or fourth-degree tears to their perineum. Both Canada and Sweden had the highest recorded rates of injury, whereas Austria and Norway had the lowest.

A study conducted in 2016 showed roughly 24.3 per cent of Canadian mothers with forceps deliveries were injured, in comparison to Norway where it was only 6.4 per cent.

Those injuries were associated with the use of instruments such as a vacuum or forceps during delivery, the study read.

“We’re not doing well compared to other countries that were chosen based on similar social demographics and health-care services,” Schulz said.

She added that some women are more prone to injury depending on the size of their baby or if they have a shorter perineum.

That's why both Schulz and Wagg want to improve education for clinicians to better inform new mothers of their birth options.

“I advocate for women to be fully informed about their options in childbirth and counsel women to avoid forceps if at all possible,” Wagg said. “Caesarean section is the fallback option.”

Schulz encourages patients to be assessed six weeks before childbirth to ensure they get the care they need to avoid any long-term damage.