New affordable housing in Edmonton will give members of the Paul First Nation the chance to own their own homes.

The project involves the construction of 24 new affordable rental and rent-to-own units in west Edmonton for Paul First Nation members.

“This is ours, and it’s a reality, and it’s going to be homes for 24 of our families from our community.” 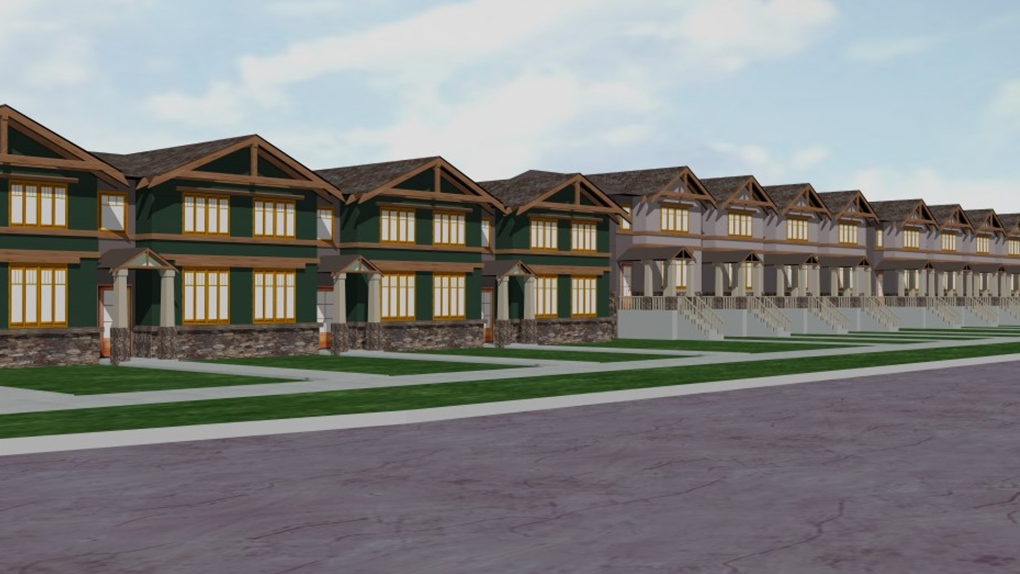 Rabbit says the Paul First Nation has about 2,400 registered members. About 400 live on reserve, but more than 500 live in Edmonton.

“Many have moved off reserve due to post-secondary education, employment, and some just because we don’t have enough homes in our community,” she said.

“Some of our people want to return home, but we don’t have enough homes.”

The project is being funded by a $3 million partnership between the federal and provincial governments.

The City of Edmonton provided a $1.5 million grant, and the Paul Band Property Management Corporation will contribute a minimum of $685,000 to cover its contribution toward the total capital costs.

Paul First Nations is also working with the Canada Mortgage and Housing Corporation to secure up to $4.5 million through the National Housing Co-Investment Fund, and $250,000 in seed funding.

The funding provided by the province is coming from the Indigenous Housing Capital Program, which supports Indigenous governments and communities to build affordable off-reserve, off-settlement, and on-settlement housing.

This is the first time the IHCP has provided home ownership opportunities.

“This is one of the greatest opportunities, to be able to have a home off-reserve, and owning it,” Rabbit said.

An application process is currently underway to claim the units, and the new residents will be notified by the end of October.

Rabbit says construction of the units is expected to be complete by June or July of 2024.

Morocco has looked impressive in Group F but Canada has an opportunity to finish its World Cup experience on a high.

A massive Ontario-wide investigation into child exploitation has led to more than 100 people being charged, police announced on Wednesday.

The largest earthquake ever recorded in Alberta, which rattled homes and nerves Tuesday, was probably due to natural causes, says a geologist.

A Virginia sheriff's deputy posed as a 17-year-old boy online and asked a teenage California girl for nude photos before he drove across the country and killed her mother and grandparents and set fire to their home, authorities said Wednesday.