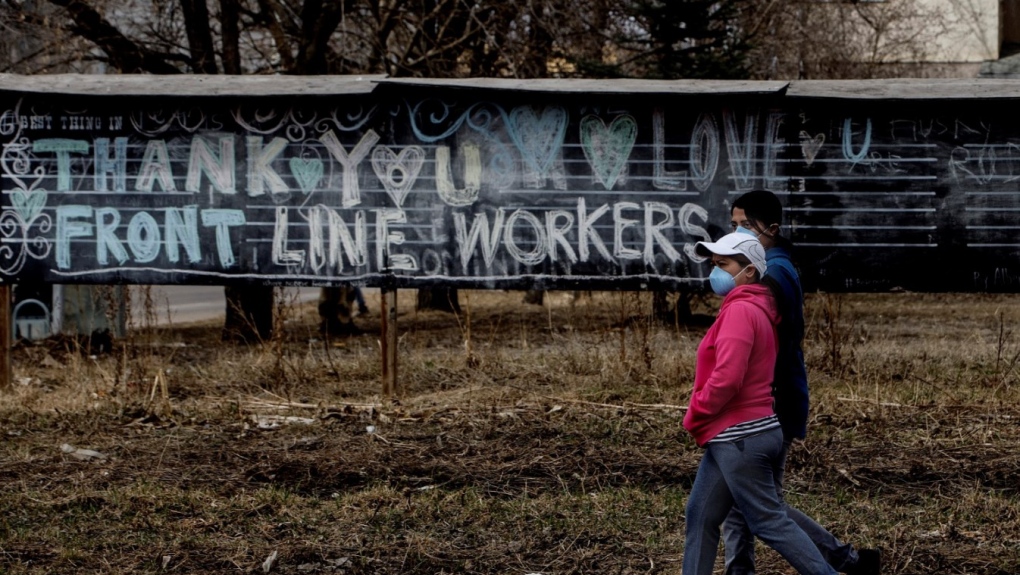 Pedestrians in masks walk past a chalk sign thanking front-line workers, during the COVID-19 pandemic, in Edmonton on Thursday, April 23, 2020. THE CANADIAN PRESS/Jason Franson

It's the first time the province has reported over a thousand new cases since Jan.8

The number of deaths was not disclosed. The number of hospitalizations were described as "stable" but precise numbers were also unavailable.

The province also reported 300 additional variant cases with variants of concern now making up 33 per cent of all active cases, up from 23 per cent a week ago.

The province will similar partial updates on Saturday and Sunday. It will fully update its data page on Easter Monday. Dr. Deena Hinshaw, the province's chief medical officer of health, will return for an in-person update on Tuesday.