EDMONTON -- Free Thought is a four-legged phenom that left Century Mile Racetrack for the last time on Thursday, and he did it after setting a world record.

“He’s been such a gentleman around the barn area to work with and so professional,” said trainer William Leech.

Leech’s daughter Haley Moreno has been the Quarter Horse’s groom, while her husband Ricardo was the jockey for Free Thought. The horse has been with the family for six years.

“All the other horses are nice too, but him and I just have a connection that is not really explainable,” Haley told CTV news. 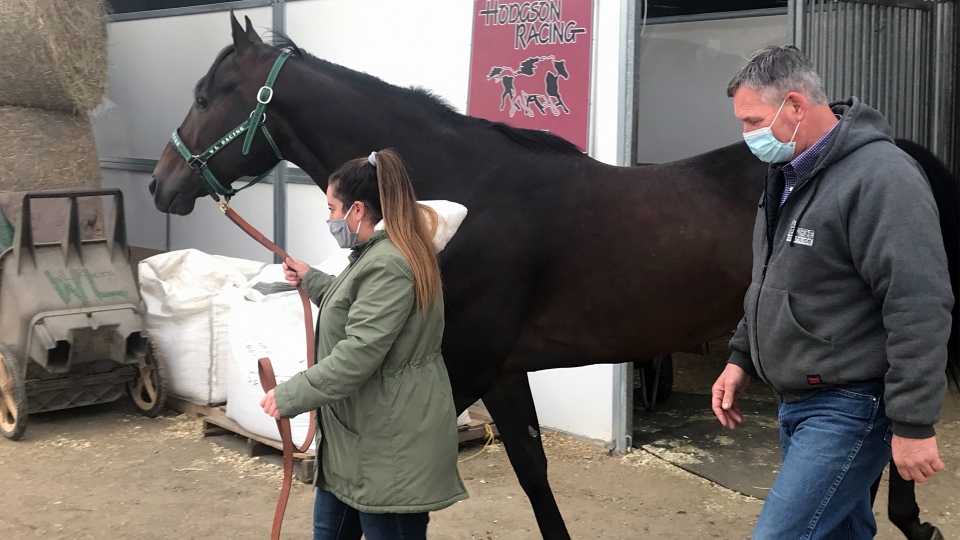 Leech has been around horses all his life but says Free Thought, owned by Sexsmith’s Charles Stojan, is special.

“On race day you could just tell that he was happy and excited. He wants to get over there and strut his stuff,” said Leech.

Haley was able to confirm what she already knew. The streak is a World Record for Quarter Horses.

“I was trying to tell my father this for a longtime, but he thought i was crazy,” said Haley.

The streak ended in September, but Free Thought still finished in the money.

“You know there’s something there that he’s going to own for the rest of his life, and its going to be a longtime, I think, before anyone can beat it,” said Leech.

Free Thought is now entering retirement and will join his owners near Grande Prairie, leaving the track as the greatest Quarter Horses of all time.

“It’s going to be a sad day around the barn for sure,” added Leech.