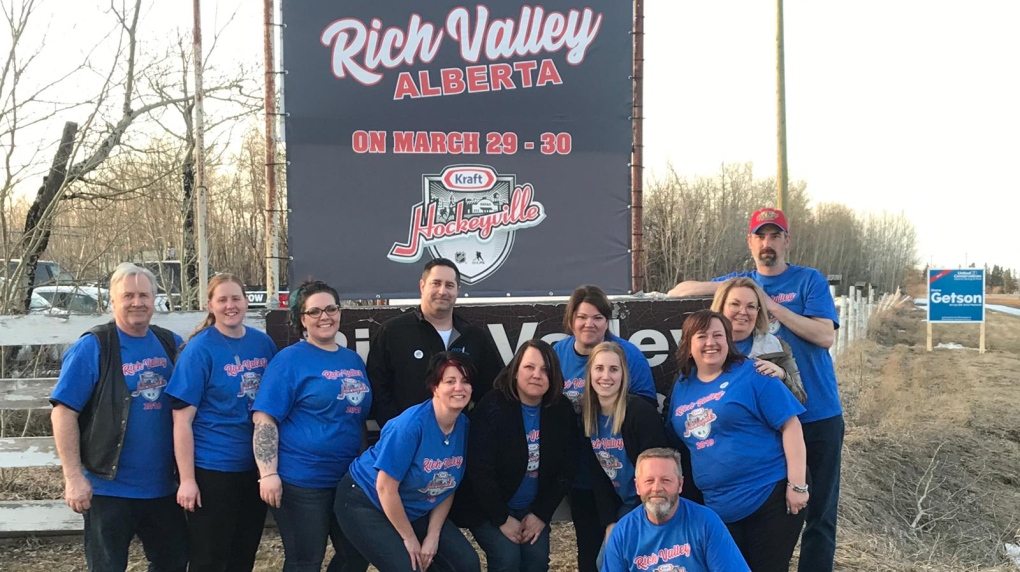 Rich Valley was name one of four semi-finalists in the 2019 Kraft Hockeyville contest. Courtesy: Gina Hove

Although it didn’t take home the top prize of the Kraft Hockeyville 2019 contest, a Lac Ste. Anne County hamlet is still celebrating a $35,000 boost to its hockey community.

Rich Valley, Alta., found out on Saturday it lost the contest’s top prize—but would still receive $25,000 for arena upgrades as a top-four finalist.

“We were over-the-moon excited,” said Rich Valley resident Gina Hove, who entered the community in the challenge.

“When we entered, we agreed it would be a long shot because there’s so many entries, of course. And, where’s Rich Valley? No one really knows where Rich Valley is,” she recalled thinking.

Two weeks ago, the community was told it was one of four finalists, prompting a vote campaign in the surrounding area.

That culminated on Saturday, when voting were due by 6:30 p.m. MST.

Rich Valley served more than 600 people at a pancake breakfast, 800 at a Kraft Dinner party, and set up voting stations throughout the day.

“It’s not the outcome we hoped for, but the biggest win here for us was the community spirit and we couldn’t be more proud of the community and surrounding communities,” Hove said.

While the top winner, Renous, New Brunswick, received this year’s title and top prize of $250,000, Rich Valley will still receive $10,000 worth of hockey equipment and $25,000 for arena upgrades.

The money will be put toward replacing the community arena’s ice plant, which crashed days before the hockey season. The community has plans to buy a used plant for $140,000, and fundraise the cash for the rest of the purchase.

“We’re going to keep rallying for this community, and hopefully by some miracle, we can get our ice in for next fall,” Hove told CTV News.