EDMONTON -- A Canadian man with a special connection to Joey Moss has created a unique tribute to the Edmonton legend.

Curtis Schwartz was commissioned by the Edmonton Oilers to paint a goalie mask to honour the late locker room attendant.

“I was very happy with it, very happy,” Schwartz told CTV News Edmonton.

“It’s to commemorate a man that was an amazing individual, so you want to make sure it’s the best possible product that I ever put out.” 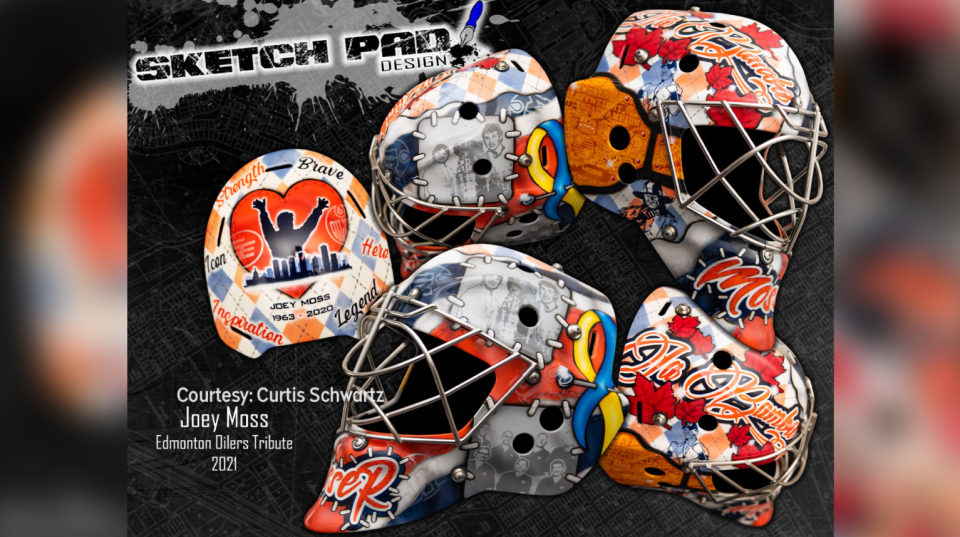 The Swift Current, Sask. man is the cousin of Oilers goalie coach Dustin Schwartz, and he’s also the father of a young son with Down syndrome.

“Reading the stories about Joey, and how he grew up, and the things that he did, and his mannerisms, and then you look at your own son, and you can see a lot of that in him, and just that inspiration,” he told CTV News Edmonton.

He said his five-year-old son was a big influence for him when designing the mask.

“To show people with Down syndrome, that it’s a beautiful thing, and you can do so much with it.” 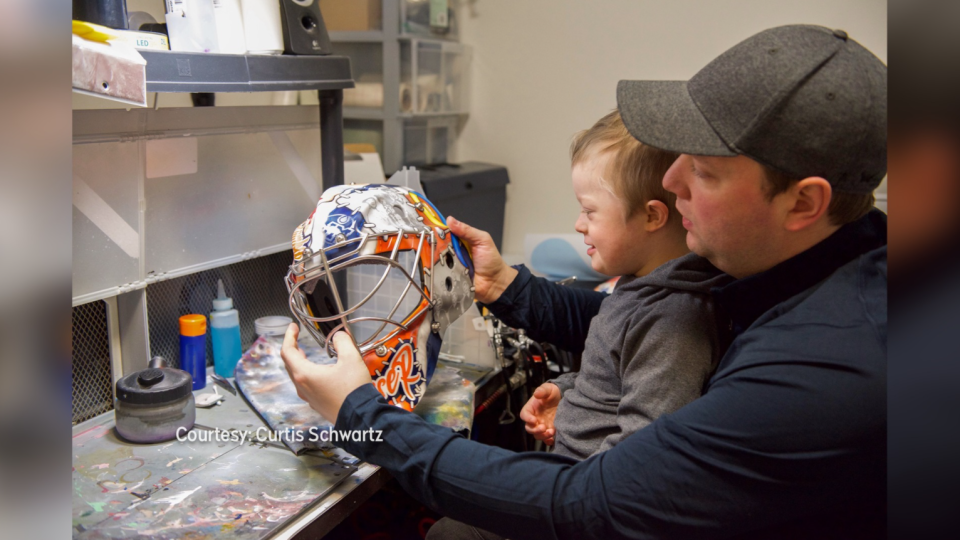 “When I was painting it, he’d come in and poke me and bug me while I was doing it, like ‘OK, what is that?’ and I’d kind of talk to him about it, it was kind of a neat little side process through the whole thing too.”

Schwartz said that while the mask is suitable for game wear, he’s been told the team plans to use it as a commemorative display piece.

“It didn’t really matter to me how it was shown or what they were doing with it, it was just that honour, and that responsibility to be able to show him the way I could.”

He has previously painted for Oilers' prospect Stuart Skinner while he was a member of the Swift Current Broncos, but this is the first mask he’s ever made for the NHL. He said he’d love the opportunity to work on future projects for league members.

“If the opportunity ever came, and someone came to me for a mask from the NHL, I would jump all over it for them.”