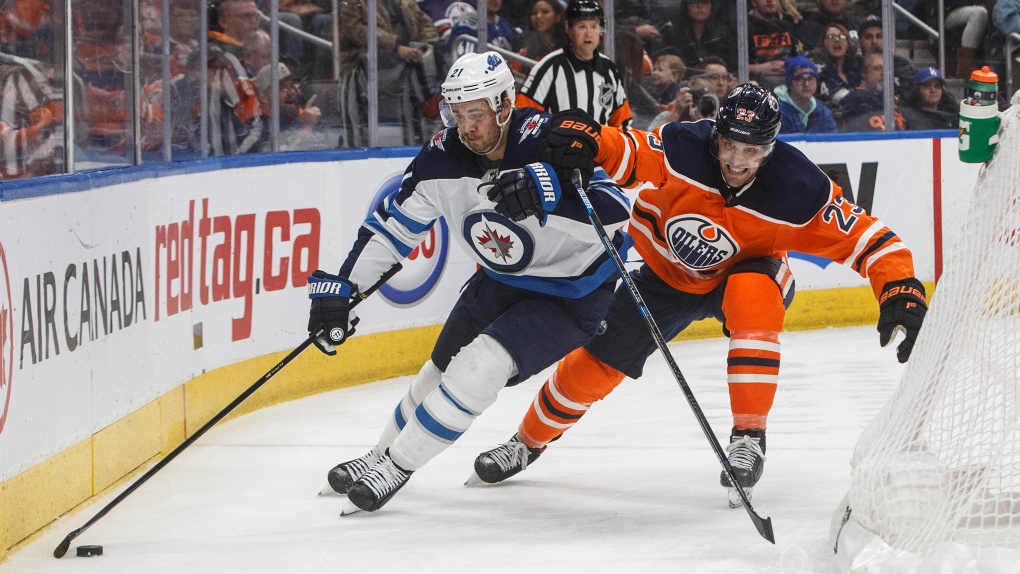 EDMONTON -- Hope is fading that the Edmonton Oilers will hit the ice anytime soon amid the spread of COVID-19, but fans can still watch how the season might have played out.

With so many people in self-isolation at home and no professional sports teams in action, the staff at United Sport & Cycle came up with an idea to keep people entertained.

They decided to simulate the remainder of the Oilers' season on NHL '20 – and livestream the games at the times they normally would've aired on Facebook.

"I think through all of this…[people] are looking for a distraction, looking for something to laugh at," said marketing and operations manager Kelly Hodgson.

United has so far streamed the last four games the Oilers would have played, and all have been relatively high-scoring wins: A 9-7 victory over the New York Islanders, a thrilling 8-7 overtime win against the Philadelphia Flyers, a 9-6 drubbing of the Washington Capitals and a 10-7 win over the Ottawa Senators.

The reaction from the public has been huge, Hodgson said, with some 5,000 people tuning in to watch the games.

"We weren't sure how it'd be received…so far the response has been really good," he said

Because the simulation is completely computer-run, staff who set up the livestreams are also on the edge of their seats.

"To be honest we don't know the results. We're watching as tentatively as everyone else," he said. "They've been able to make these games so realistic, looking at players' tendencies and stuff."

If the audience sticks with them, the store says it will think up a way to simulate the 2020 Stanley Cup playoffs.

But Hodgson also has some advice for anyone glued to their screen.

"We're hoping that people can continue to find things away from screen time because that's going to get hold in a hurry," he said. "Kids can get out and play, and families can figure out a way to spend some time."