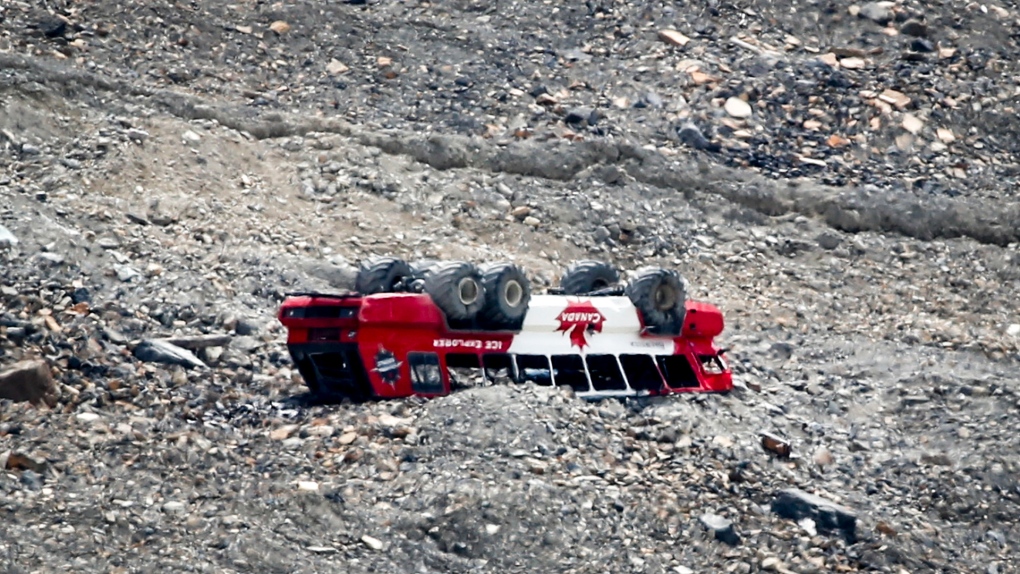 A rolled-over tour bus rests where it fell on the Columbia Icefield near Jasper, Alta., Sunday, July 19, 2020. RCMP say three passengers were killed when the sightseeing bus rolled over at the icefields. THE CANADIAN PRESS/Jeff McIntosh

EDMONTON -- RCMP say a collision analyst has completed a report on the rollover of a tour bus in the Columbia Icefields on July 18 that killed three people, but they aren’t releasing any information at this time.

Police say some parts of the investigation have been delayed due to COVID-19.

They expect to release their findings next spring.

The red-and-white all-terrain Ice Explorer bus lost control on the road to the Athabasca Glacier with 27 passengers on-board.

It rolled about 50 metres down a moraine embankment before coming to rest on its roof.

Three people were killed, and 14 others suffered life-threatening injuries.

A class-action lawsuit has since been filed against a number of parties including the tour company and the unidentified driver of the bus.