When the river swells, the biggest tourist boat in the city must decide whether or not to set sail.

But this time, the captain and crew’s first job was reattaching their floating dock after an overnight surge of fast-moving water tore it away.

“I got a call last night and we had a little issue with our dock and I had to kind of run out and re-secure it because the water levels were coming up,” said Edmonton Riverboat general manager Matthew Beaubien. 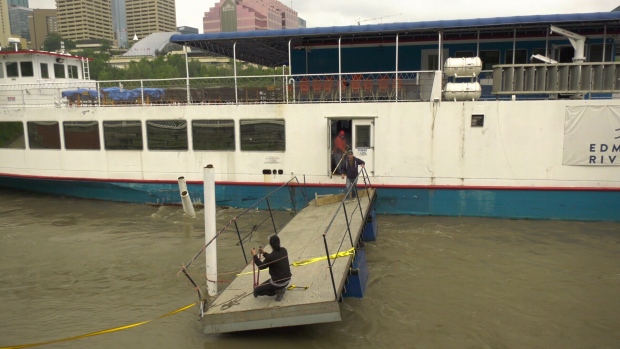 Deciding whether the big paddlewheeler is able to navigate the river, with massive logs and other debris strewn about, is not easy. He says part of thecompany’s business model is offering up rain-checks to customers if they can’t leave the dock.

“The current conditions are high and they’re changing rapidly. We currently have more water here in the city than we do upstream, so it’s a bit of a challenge,” said Beaubien. 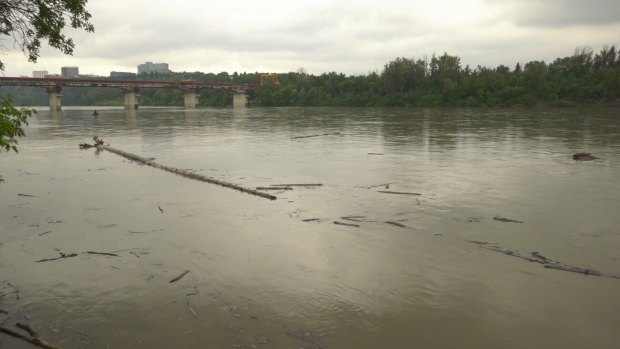 A spokesperson for Alberta Environment and Parks says the sheer amount of rain upstream has put river levels up by nearly one-and-a-half metres since Thursday morning.

“Generally, river levels are above average. We’ve received pretty much 60 to 80 millimetres  of rain upstream from Edmonton. Some levels as high as 110, which has caused the water levels that we see now,” said David Watson, a river forecast engineer with the province. He expects the river level in Edmonton won’t subside until early next week.

And while the province doesn’t issue warnings when river levels reach current levels, the City of Edmonton is taking action as a safety precaution, closing some trails closest to the river.

“These are low-lying trails that often, when the river does raise to the height that it’s at right now, do get water on top of them,” said Braeden Holmstrom with River Valley Parks and Resources Department. 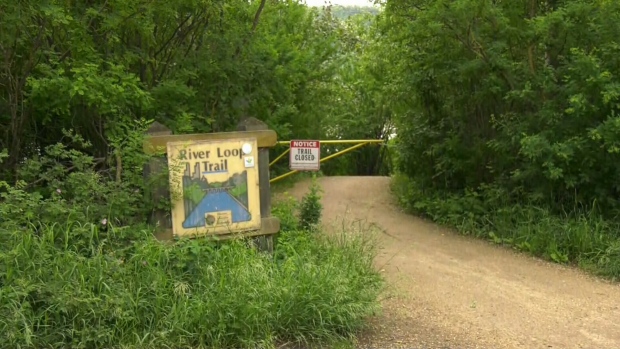 The parks that currently have paths closed include Emily Murphy, Gold Bar, Fort Edmonton and the lower trails of Highlands.

As for whether or not the Edmonton Riverboat will set sail this weekend, Beaubien says it’s out of his hands.

“There’s rain going on, there’s a dam upstream...it’s just part of the fun of owning a boat.”

As for that floating dock, which started floating away, it’s now chained back in place.