'Beyond bizarre': Jean won but Kenney, UCP aren't celebrating with him 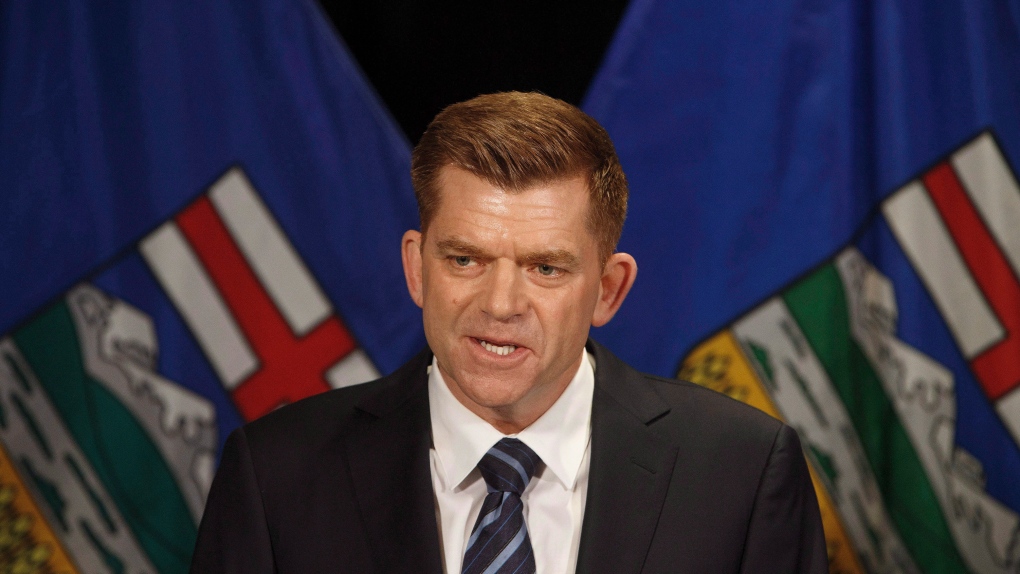 The United Conservative Party confirmed that Brian Jean won a nomination contest in northern Alberta over the weekend, but neither the premier nor the party had offered public congratulations, days after the vote.

On Sunday, Jean revealed that UCP members picked him as their by-election candidate in Fort McMurray-Lac La Biche, but as of Tuesday evening his own teammates were quiet on the issue.

Jean, who has called for the UCP to fire Premier Jason Kenney as leader, wasn’t even sure he’d be approved by Kenney when he spoke to the Canadian Press on Monday.

“I’m hoping (Kenney) is a man of his word,” the former Wildrose leader said when asked if he thinks the premier will sign his nomination papers.

Kenney and the party ignored the vote on their social media channels for two full business days.

When asked in November about Jean reentering politics, Kenney questioned his “commitment and reliability.” But, the premier said he would approve of Jean’s candidacy, if he passed a vetting process.

Jean declined to comment Tuesday on the lack of public response from Kenney and the party, instead saying that he is focused on speaking with UCP members.

In a text exchange with CTV News Edmonton, Jean added he’s received a “huge welcome” from members, including some MLAs.

“It’s beyond bizarre. There’s just so many layers of bizarre here. There’s no other parallel in Canadian politics for what is going on here,” political scientist Duane Bratt told CTV News Edmonton.

Bratt said it’s not surprising the premier’s office is being chilly towards Jean, but he believes it appears petty for Kenney to not offer congratulations now that Jean has won.

“They would be dancing if Jean lost. But he didn’t, and he won handily,” Bratt said of Kenney, his supporters and staff.

On Tuesday, a UCP spokesperson confirmed that Jean won the vote, but Dave Prisco didn’t respond to a question about about whether or not Kenney will sign off on Jean’s win.

Prisco also didn’t respond to a question about why his party hadn’t publicly released any form of congratulations, which is common after a candidate is nominated.

In a series of tweets on Monday, Jean thanked his nomination opponent, campaign volunteers and UCP President Cynthia Moore for a “nice chat,” but he did not mention Kenney.

Bratt said Kenney might be looking for reasons to disqualify Jean, but he feels a move like that may backfire.

“Jean then runs as an independent, and likely wins. And in fact, might win even bigger,” he said.

Vetting of candidates continuing after a nomination vote is not unheard of, Bratt said. But given the tensions in the party, disqualifying Jean might lead to more MLAs leaving the UCP.

Two UCP caucus members were booted in May for criticizing Kenney, and Bratt said as many as seven other MLAs may walk, based on comments they’ve made that were also critical of Kenney.

“(Nominated) candidates withdrawing, that happens all the time. Candidates being removed that happens too. But these are very different circumstances,” he said.

CTV News Edmonton reached out to the premier’s office for comment on this story.

A charity that focuses on helping LGBTQ2S+ refugees facing violence and discrimination internationally is calling on the Canadian government to partner with them to facilitate a way out for hundreds of Afghans who have reached out to them in desperation.

Prince Charles says he and Camilla, the Duchess of Cornwall, were departing Canada with 'heavy hearts' and a deeper understanding of residential schools after their royal visit wrapped in the Northwest Territories.