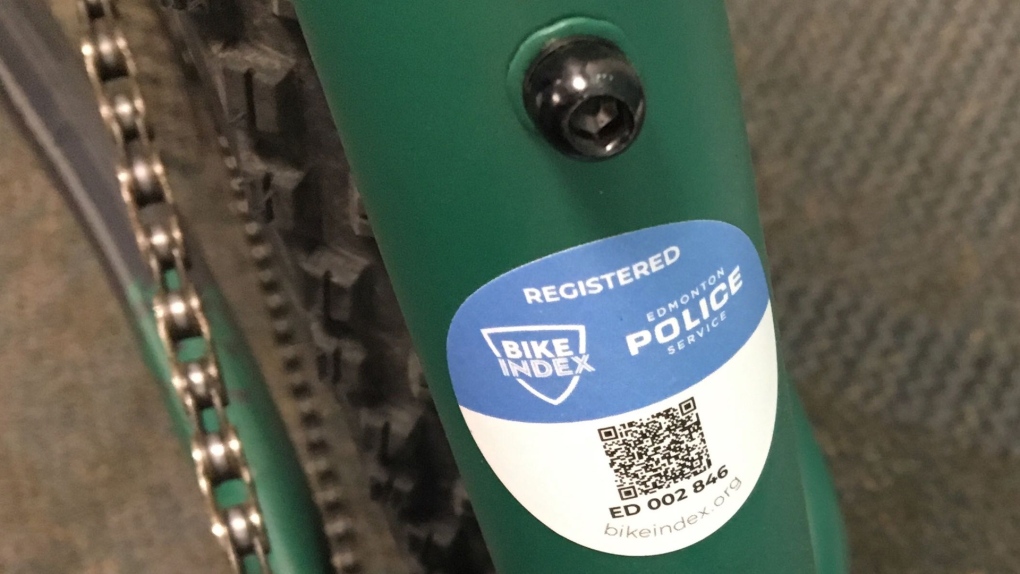 The Edmonton Police Service says thousands of bike owners have registered for the BikeIndex.org program since EPS partnered with the free, online service back in July.

“It’s higher than we expected,” said Const. Dana Gehring. “We have distributed more than 12,000 of these stickers.”

Bike Index is an online registry service for bike owners that allows them to register their bike, and add details such as colour and serial number in case the bike ever gets stolen.

Gehring says on average in Edmonton, $1 million in bikes go missing every year.

Police don’t have numbers for 2019 yet, but they hope the Bike Index partnership will reduce the amount of thefts.

“What we noticed was that in other markets that utilized the program, bike thefts went down 30 per cent, so we’re hoping to have similar results here in Edmonton,” said Gehring. 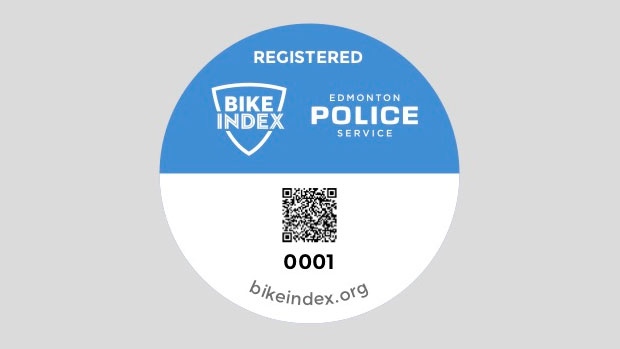 Bike owners can pick up a sticker at Edmonton police locations or participating bike shops and link the QR code to their Bike Index account.

Gehring says one of the questions they get asked most is “but what if the thief removes the sticker?”

He says they’re created to be difficult to remove.

“They’re supposed to chip away and not come off easily. If a police officer sees the remains of a sticker on the bike, it helps the member build his suspicion that there’s probably something wrong with the bike and probably warrants further investigation.”

Gehring says EPS has also been in talks with other police services in Canada about expanding the program to other Canadian markets.