EDMONTON -- For the second time in less than a month, fire has gutted a dealership in Edson.

Crews were called to Edson Honda around 5 a.m. after someone called in the fire from 911. 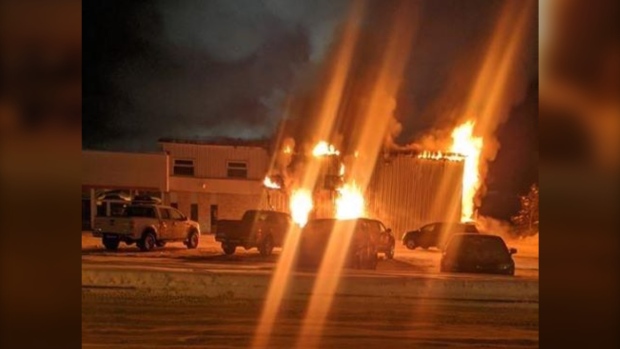 By the time firefighters arrived, fire and smoke was already shooting out of the dealership windows. Additional firefighters from Yellowhead County were also called in to assist.

According to Edson Fire Chief Tyler Robinson, the portion of the showroom that suffered the most damage was the ATV and quad sales area, as well as a portion of the service area.

Robinson said the structure of the building caused crews the most difficulty in tackling the blaze.

"Large fire, limited access, tin building, steel structure on the frame side, so we had to fight the fire through very small openings to deal with a very large fire inside," Robinson said. 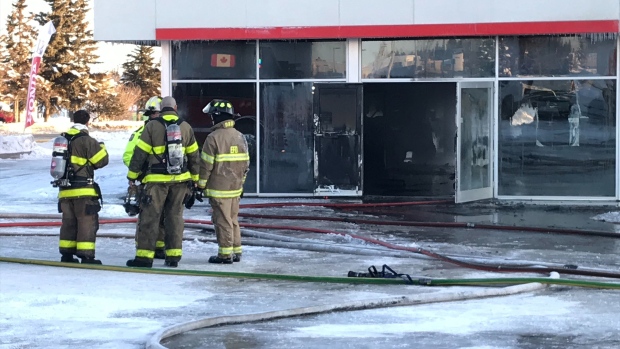 Despite the challenges, crews managed to get the blaze under control in about an hour.

Robinson said between the building and contents, damage from the fire is likely to be in the millions.

It’s too early to tell what caused the fire. 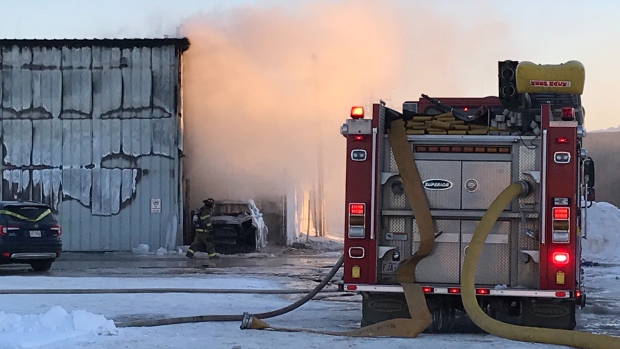 "With all the carcinogenics floating around, we can’t let an investigator actually into the operational area yet, because it is still operational, so that’s going to start immediately after we're wrapped up."

"They were both big, they were both early morning calls, it’s unfortunate, especially this time of year. People work here, this is someone’s business and livelihood and in both instances, people don’t have a job to go to."