Arson the likely cause of Dec. 9 blaze at Edson car dealership 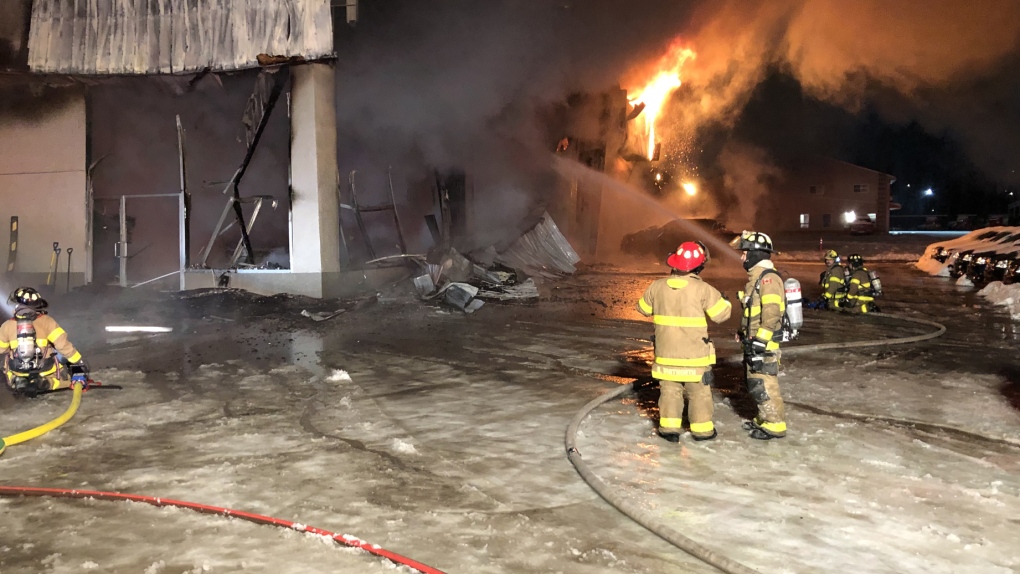 EDMONTON -- Police tell CTV News Edmonton that a fire at a dealership in Edson three weeks ago was deliberately set.

“The latest news from the Dec. 9 fire at the Chrysler dealership is that it's been deemed an arson by the fire commission,” Sgt. Kevin Gaal told CTV News.

On Dec. 9, firefighters were called to Edson Chrysler Dodge Jeep around 3:40 a.m.

The fire was so large that additional units were called in from Yellowhead County.

Most of the building was destroyed, including the showroom, offices and most of the mechanical bays.

The fire left 35 people out of work.

"For us too, there's some concerns that these are multi-million dollar fires and the property damage and loss of employment for the people, that's a huge concern for us, and just the safety of everyone involved, firefighters and emergency responders," said Gaal.

On Monday, the same day that crews responded to a fire that caused serious damage to Edson Honda, police said that fire at the Chrysler dealership was the result of arson.

The cause of the fire at Honda has not been determined. Police say it’s too early to tell if the two fires are connected.

Police also say a vehicle fire, which also happened on the morning of Dec. 9, was arson.

"Anything small sometimes people don't realize that those type of tips can assist in the totality of our investigations, that small things can lead into big things that piece everything together as part of the puzzle,” said Gaal. “No matter how small someone might feel that their tip might be, to give us a call and let us investigate that part of it."

No one has been arrested in connection with either of the fires on Dec. 9.